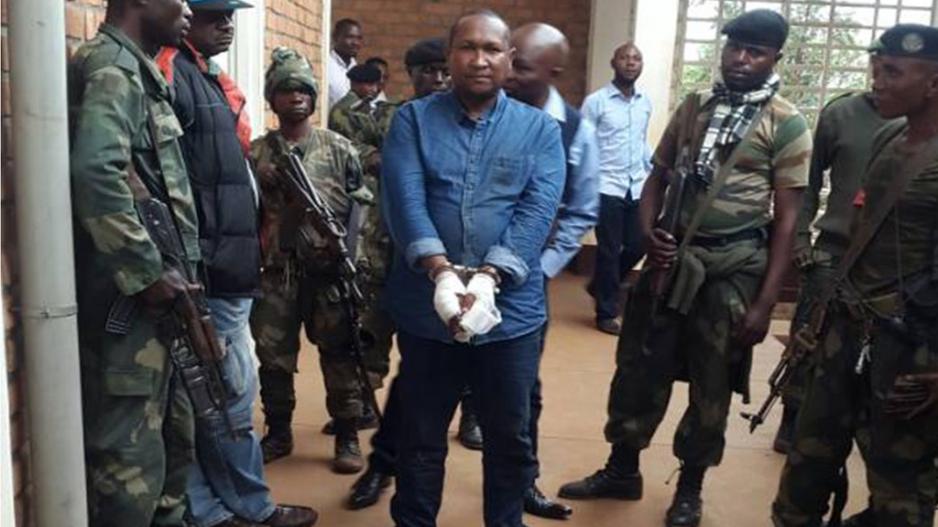 Abbas Kayonga surrendered on Sunday in the eastern city of Bukavu to United Nations authorities after resisting attempts by Congolese troops to arrest him.

BUKAVU, Democratic Republic of Congo - The former anti-corruption chief fighting fraud in DR Congo&39;s lucrative eastern mines has been jailed for life by a military court on charges of rebellion and murder, judicial sources told AFP.

Abbas Kayonga was arrested by UN peacekeepers in the eastern city of Bukavu on November 5 just days after his dismissal for "grave negligence".

Efforts by Congolese troops to arrest him had sparked deadly clashes with his bodyguards, which left six people dead before the UN troops intervened.

He appeared at military court in Bukavu a day later alongside around 30 others, on charges of rebellion.

In a verdict reached Tuesday, the court sentenced him and 13 others to death, with the military prosecutor ordering them transferred to Kinshasa and ruling out any chance of appeal.

In DRC, life sentences are no longer carried out with the sentence automatically commuted to life.

Another 13 were jailed for between five and 20 years.

"The court found them guilty of rebellion, murder and the illegal possession of arms and weapons of war," magistrate Roger Wavara told AFP.

A former rebel, Kayonga headed a body probing fraud and corruption in South Kivu, a province rich in gold, tin and coltan, which is used to make many electronic devices including mobile phones.

He was dismissed by the province&39;s governor on November 2.

Control over mineral-rich areas is a key factor in the strife that has raged in eastern DRC&39;s North and South Kivu provinces for decades, displacing hundreds of thousands of civilians.

Much of rebel activity involves the illegal exploitation of natural resources.