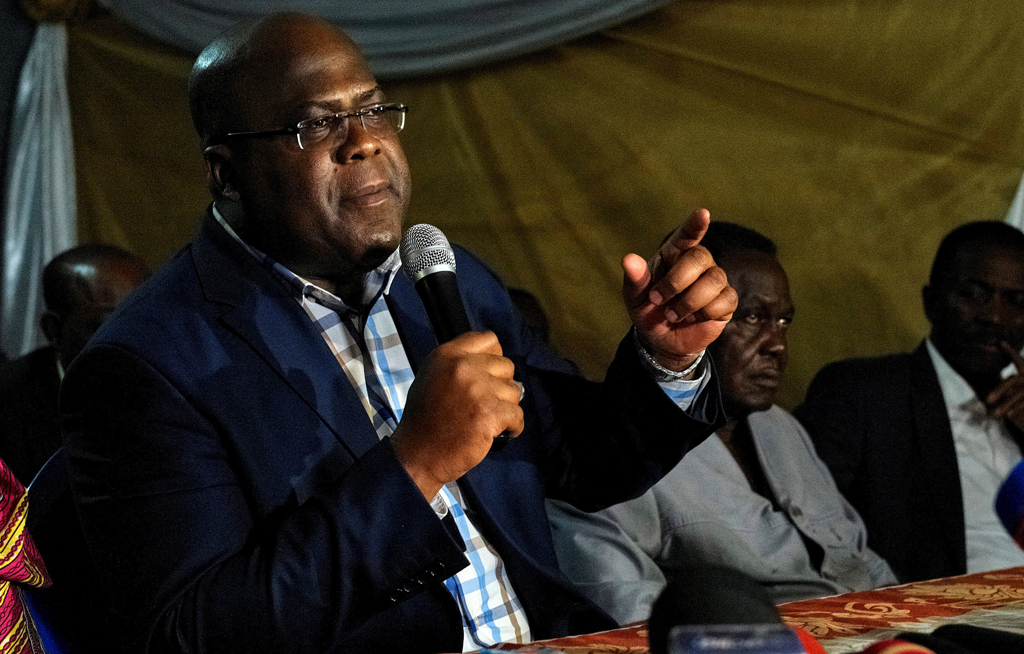 KINSHASHA - The first authorised mass rally by the Democratic Republic of Congo&39;s opposition in nearly two years passed off peacefully on Tuesday, months ahead of a key presidential election in the vast, mineral-rich state.

Thousands of members and supporters of the Union for Democracy and Social Progress (UDPS) gathered in the capital Kinshasa to hear their leader, Felix Tshisekedi, outline some of his party&39;s electoral aims.

In a major climbdown from the government, Tuesday&39;s rally was given the go-ahead by authorities after several opposition protests in recent months were met by a deadly security crackdown.

"We applaud the police&39;s restraint. They are going to have to learn to treat us like citizens and not like adversaries," Tshisekedi told the crowd.

The mood at the rally, in a UDPS stronghold district of the capital, was upbeat amid a discreet police presence.

Public demonstrations have been officially banned in the country since September 2016, when dozens of demonstrators were killed in Kinshasa after calling for the departure of President Joseph Kabila, whose second and final mandate ended in December 2016.

A new vote is due to take place on December 23 after two postponements that have stoked fears of renewed unrest.

Kabila should have stepped down at the end of 2016 but has remained in office under a provision allowing him to retain power until a successor is chosen.

In addition to a deepening political crisis, DR Congo is struggling with armed conflict in its vast, lawless east, which is under the sway of multiple rebel groups.

The date of Tuesday&39;s rally was significant as it came 28 years to the day that a multi-party system was first introduced when former dictator Mobutu Sese Seko lifted a ban on opposition parties.

But the country has never had a peaceful transfer of power. Recent banned opposition demonstrations have seen dozens killed, according to the UN, many near the headquarters of Tshisekedi&39;s party.

The opposition leader Tuesday addressed a recently signed agreement with the government to repatriate the body of his late father, Etienne Tshisekedi, a historic opposition figure, who died in February 2017 in Brussels.

But he firmly denied rumours that he was in discussions with Kabila to be appointed prime minister.

"Apart from the discussions around the funeral, there are no other discussions," said Tshisekedi, who was chosen as the UDPS&39;s presidential candidate in March.

"You chose me as a presidential candidate so why would I want to be prime minister?" he asked.

He also repeated his opposition to the proposed use of electronic voting machines during the December 23 vote.

"If we have elections organised at the end of this year, we are supporting him (Tshisekedi) to win this election and to start our project to develop this country," Mokonkole added.

Meanwhile, Lumuna Sando, a former spokesman for Mobutu and government heavyweight, said "nothing much has changed" since Mobutu lifted the ban on the opposition.

"There are similarities in the debate, the behaviour and the positions taken by Congolese politicians," he said.