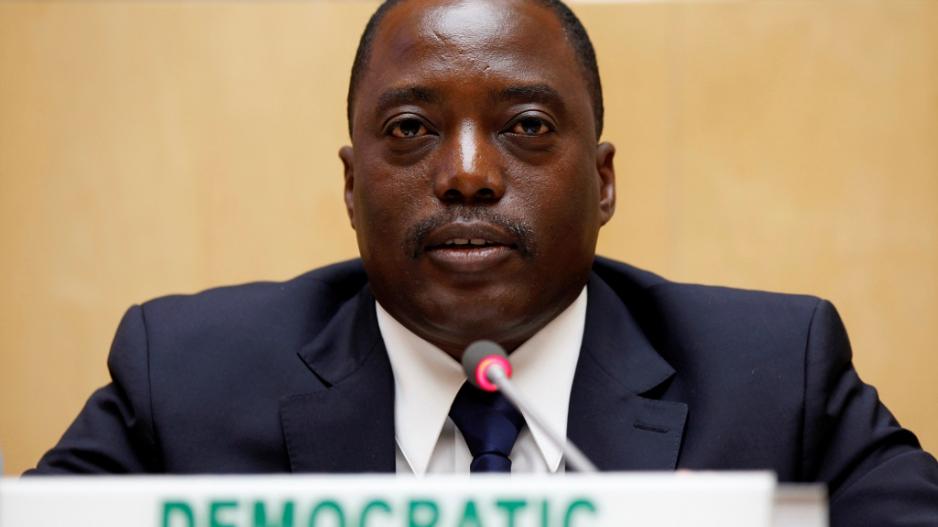 KINSHASA - Police in the Democratic Republic of Congo on Wednesday stifled street protests against the extended rule of President Joseph Kabila, making several dozen arrests according to campaign groups, despite a UN appeal to allow peaceful demonstrations.

The Lucha citizens&39; movement said at least 27 were detained by police in North Kivu province in the country&39;s east, including 15 in the provincial capital Goma.

In the neighbouring province of South Kivu, Lucha denounced "the arrest of 13 activists" who were detained while a communique was being read out.

In a statement, the police said there had been 19 arrests, comprising six in Goma, seven in Lubumbashi and six in Matadi, while a "delinquent" was wounded by gunfire in Kinshasa, the capital.

It said there had been sporadic incidents in several towns, including burning tyres and a torched bus, and paid tribute to "the maturity (of citizens) who did not respond to this appeal to demonstrate in order to destabilise institutions."

On the eve of the protests, the government alleged "acts of incitement" by "a fringe of the opposition."

"The governor has given us the order to disperse any protests. Any gathering of more than five people will be dispersed," Kinshasa police chief Sylvano Kasongo warned, adding, according to local media, the word "mercilessly."

The Lucha movement said the statement, issued after a government meeting, amounted to "a programme of repression".

Official moves to dissuade protests followed a statement from the UN peacekeeping mission MONUSCO urging authorities "to respect the fundamental freedoms enshrined in the Congolese constitution, including freedom of assembly and of demonstration."

He called on the authorities "to halt the inflammatory rhetoric against protestors" and ensure respect for the right to freedom of peaceful assembly and expression.

Mineral-rich but chronically poor, politically unstable and saddled with a reputation for entrenched corruption, the DRC is facing the risk of a flare-up of violence over Kabila&39;s decision to stay in office.

He was scheduled to have stepped down in December 2016 after a constitutional maximum of two terms in office.

But protests and a bloody crackdown swelled, claiming dozens of lives.

A deal was then brokered by the Catholic Church on New Year&39;s Eve, enabling Kabila to stay in office pending elections, which have been delayed.

Pressured by the international community, the ballot is now scheduled for December 23, 2018, electoral officials announced this month.

But the opposition immediately rejected that timetable and said Kabila must stand down.

Zeid said that a large number of arrests -- "at least 65" -- had taken place Lubumbashi, in the southeast of the country, even before the electoral calendar was announced.

"All those arrested were later released, some on bail, but these arrests were part of a worrying pattern of actions to prevent political opponents from gathering," he said.

Opposition groups have called for more protests on November 28.