DRC President Joseph Kabila can remain in office without a vote: ConCourt 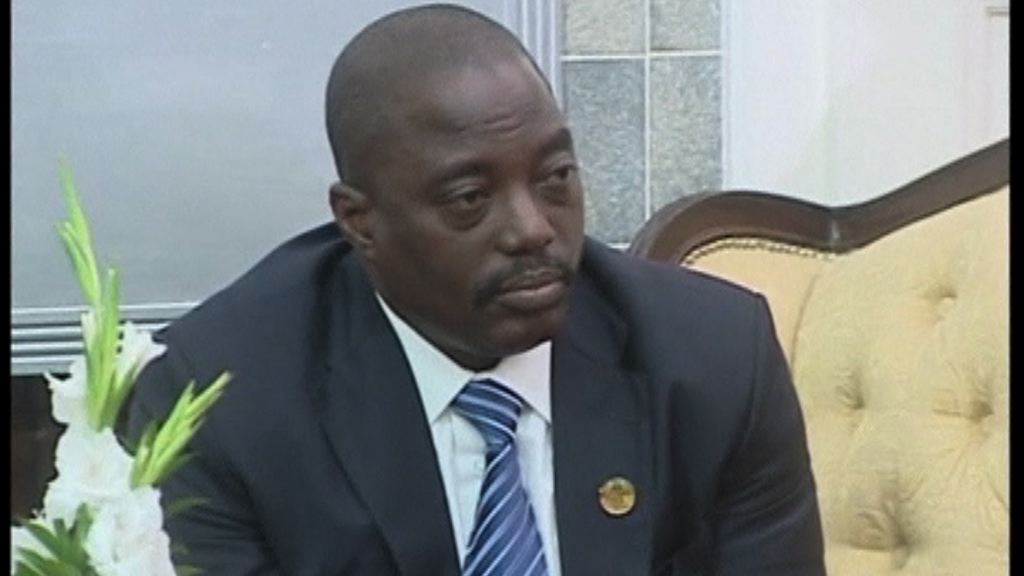 LUBUMBASHI - DR Congo&39;s President Joseph Kabila can remain in office when his mandate expires at the end of 2016, even without being re-elected, the Constitutional Court said on Wednesday.

The ruling came amid rising tensions over the government&39;s failure to set a date for the country&39;s next elections, originally due in November this year before Kabila&39;s mandate ends.

After months of incessant controversy, protests and arrests, Wednesday saw police in Lubumbashi, the country&39;s second biggest city, use tear gas and stun batons to clear thousands of opposition supporters who had stormed a courthouse.

The protesters forced their way inside in support of powerful opposition figure Moise Katumbi, a wealthy former governor of mineral-rich Katanga province who is Kabila&39;s leading rival.

He was appearing in court for the second time this month over alleged use of foreign mercenaries, including Americans, allegations he has slammed as "a grotesque lie" and "a machination".

Wednesday&39;s constitutional ruling in Kinshasa followed a request for clarification by the ruling party over Kabila&39;s fate should the polls fail to be held on schedule, as is widely expected.

Kabila, who took over Democratic Republic of Congo on his father&39;s assassination in 2001, is constitutionally barred from running for a third term. He won successive elections in 2006 and 2011.

- Football magnate -
The nine-member Constitutional Court -- three of them chosen by Kabila, three by parliament -- based its response on article 70 of the constitution stating that a president remains in office until the next head of state steps in.

The opposition on the other hand argued in favour of article 75 calling for the senate president to step in pending new elections.

Kabila has been under pressure from the international community to stick to the election schedule, while the opposition suspects he is planning to amend the constitution to extend his rule.

In Lubumbashi, the 51-year-old flamboyant Katumbi entered the court for a closed-door hearing sporting an all-white outfit and a scarf in the colours of the national flag.

The owner of the prestigious Tout-Puissant Mazembe football club, three-time winners of the African Champions League, is accused of hiring several foreign mercenaries as his private guards.

Justice Minister Alexis Thambwe Mwamba said there was "documented proof" that former American soldiers and South Africans were among the foreigners working for Katumbi in Katanga.

Katumbi, who last week said he would run for presidential office, was an ally of Kabila for a decade but quit the ruling party in November when the president split several provinces, including Katanga.

Katanga, formerly the size of Spain, has been carved up into four separate entities.

- US &39;deeply concerned&39; -
The US embassy said in a Facebook post that it was "deeply concerned about the accusations of mercenary activities" brought against Katumbi.

"We are aware of the detention on April 24th of an American citizen who was working in Katanga as a security advisor. Mr Darryl Lewis was not armed and allegations he was involved in mercenary activity are false," it said.

It added that he worked for a private company that provided services to clients around the world.

One of France&39;s top lawyers, Eric Dupond-Moretti, told AFP that he was going to join Katumbi&39;s legal team following a request from the politician&39;s lawyers and several damning reports by human rights groups.

He said he would seek international observers at the trial and was ready to involve the International Criminal Court in The Hague as well as the United Nations.

Katumbi a week ago accepted to run for president on behalf of an opposition coalition.

The following day he asked the UN mission in the country for protection, saying he felt he was "in danger". He said his home had been surrounded by security forces and two of his bodyguards had been arrested.

Human Rights Watch on Monday slammed the case as "targeted actions against a presidential aspirant and close supporters."

"The recent developments in Lubumbashi come in the context of a broader crackdown against activists, opposition party members and others who have urged that presidential elections be organised," it said.