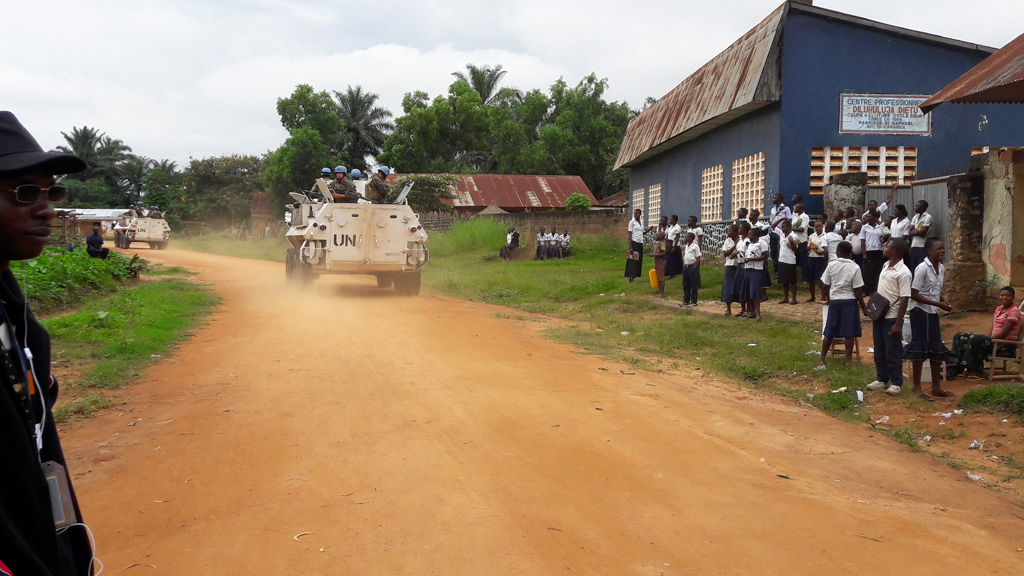 Uruguayan peacekeepers serving in the United Nations Organization Stabilization Mission in the Democratic Republic of the Congo (MONUSCO) patrol in their armoured personnel carrier in Tshimbulu in the Kasai-central province of the DRC, 11 March 2017.

KINSASHA - Authorities in the Democratic Republic of Congo said Wednesday they have launched a probe into the killing of two UN researchers in an attack that has thrown the spotlight on surging violence in the troubled country.

American Michael Sharp and Swedish-Chilean dual national Zaida Catalan were kidnapped in the restive region of Kasai on 12 March along with four Congolese nationals.

Their bodies found in a grave on Tuesday, one of them decapitated.

International pressure has mounted on the government to calm the unrest, with the UN Security Council about to vote on its peacekeeping mission in the giant central African country.

Kasai, a diamond-rich area, has been gripped by a violent tribal uprising since traditional chieftain Kamwina Nsapu was killed in August last year.

"As soon as they disappeared, military magistrates launched an investigation, which has now been accelerated by the discovery of the bodies," government spokesman Lambert Mende told AFP.
UN Secretary-General Antonio Guterres vowed Tuesday that the world body would do "everything possible" to ensure justice over the killings.

"I trust that the Congolese authorities will conduct a full investigation into this incident. The United Nations will also conduct an inquiry," he said.

The Security Council is expected to vote on Thursday or Friday on the mandate for its mission in the DR Congo, where it has nearly 19,000 troops deployed, its largest and costliest peacekeeping mission.

About 200 of the troops are deployed in Kasai.

The bodies of the two UN researchers will be transferred from Kasai's capital Kananga to Kinshasa before being sent back to their countries, Charles-Antoine Bambara, spokesman for the UN mission known as MONUSCO, said Wednesday.

The UN, EU and African Union on Tuesday expressed "grave concern" at the explosion of violence which has left hundreds of people dead since last summer.

Kasai is known for diamond extraction but the industry has almost totally collapsed, and like elsewhere in the DR Congo, the population lives in miserable conditions without basic needs such as water and electricity.