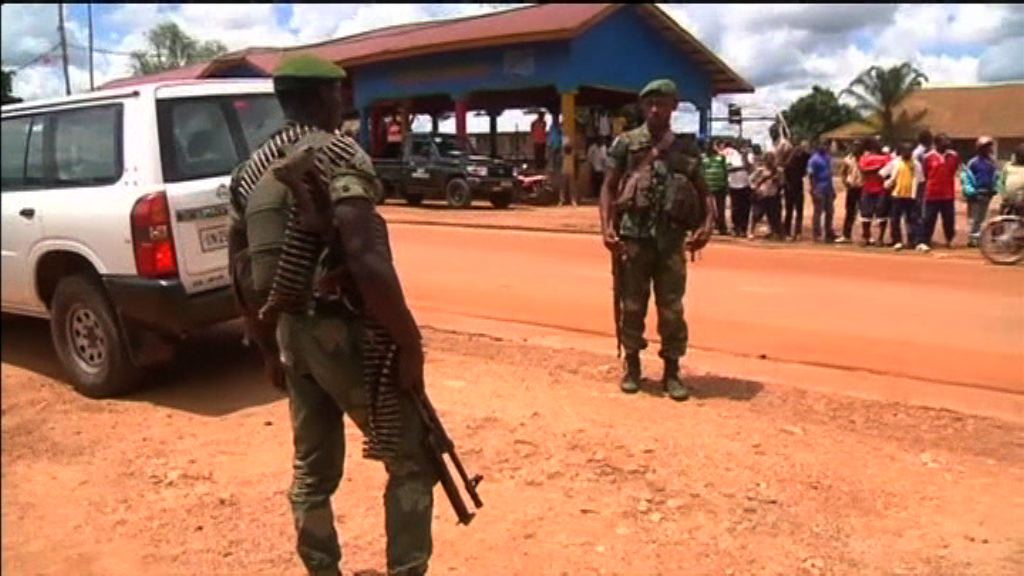 KINSHASA - Democratic Republic of Congo's government said on Saturday it was investigating a video that appears to show Congolese troops shooting dead a group of apparent militia members armed with slingshots and wooden batons.

The seven-minute video, which was shared widely on social media and seen by Reuters, shows men in Congolese army uniforms saying they are participating in an operation against the Kamwina Nsapu militia.

It was not possible to confirm the video's authenticity independently or when it was recorded.

Congolese forces have been battling an uprising by the militia in central Congo's Kasai provinces, which was triggered when they killed its leader Kamwina Nsapu in August.

The United Nations said this week it had reports the army had killed at least 101 people in clashes in the region between Feb. 9 and Feb. 13, including 39 women.

Congolese human rights minister Marie-Ange Mushobekwa said a probe had been launched into the video.

"Since we received the video, the ministries of human rights, interior, justice and defence have been working on it ... to try to authenticate these images," she told Reuters.

"As soon as possible, we will be able to say what it's all about," she added.

The footage is filmed from slightly behind the roughly dozen men wearing Congolese military uniforms and shows them advancing on foot towards a group of men and women on a dirt road.

They open fire for 45 seconds then advance closer to inspect the more than 10 dead and wounded, including at least two women.

"This one here isn't dead," one of men says in the western Congolese Lingala language, referring to a bloodied young man lying in the grass. Another uniformed man then shoots him in the head.

Several of the men who have been shot have slingshots and wooden batons. None appears to have been carrying a gun.

The army's spokesman could not be reached for comment.

Militia violence in Congo, a tinder box of conflicts over land, ethnicity and minerals, has been worsened by President Joseph Kabila's failure to step down when his mandate expired in December, and analysts say it risks spinning out of control.

A UN spokeswoman said this week that the apparently high death toll over the last two weeks suggested "excessive and disproportionate use of force by the soldiers".