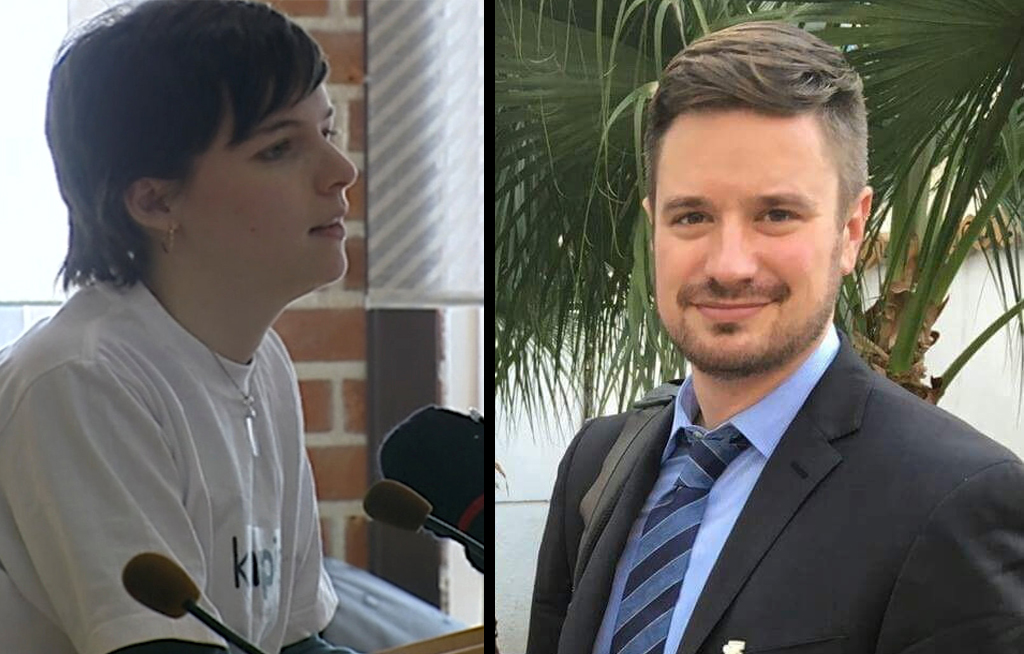 Michael Sharp and Zaida Catalan were kidnapped along with four locals on March 12 while investigating whether a UN arms embargo in Democratic Republic of Congo (DRC) was being violated.

The two-minute video viewed by journalists on Monday shows a man and woman who resemble Sharp and Catalan surrounded by seven people speaking Tshiluba, the main language of Kasai, armed with machetes, sticks and one with an old gun.

Colonel Pierre-Rombaut Mwanamputu, spokesman for Congolese police, said officials had acquired the video "thanks to insights from the scientific police," without giving further details.

Through an interpreter out of shot, the armed men promise to show the location of mass graves in the bush. Seemingly worried, the white man asks the interpreter in French with a marked accent: "Why are they armed and angry?"

The two foreigners are quickly forced to sit on the ground before orders are barked and they are shot.

"This is how the men of Kamwina Nsapu operate," government spokesman Lambert Mende told reporters, saying the murder showed "the work of terrorists that must be wiped out by all means".

Two suspects were detained over the kidnap and murder of Sharp, who was American, and dual Swedish-Chilean national Catalan, earlier this month, but one escaped with the help of police guarding them.

Hundreds of people have been killed in violence in diamond-rich Kasai since a tribal uprising began after traditional chieftain Kamwina Nsapu was killed in August last year.