DR Congo to push back presidential election to 2018 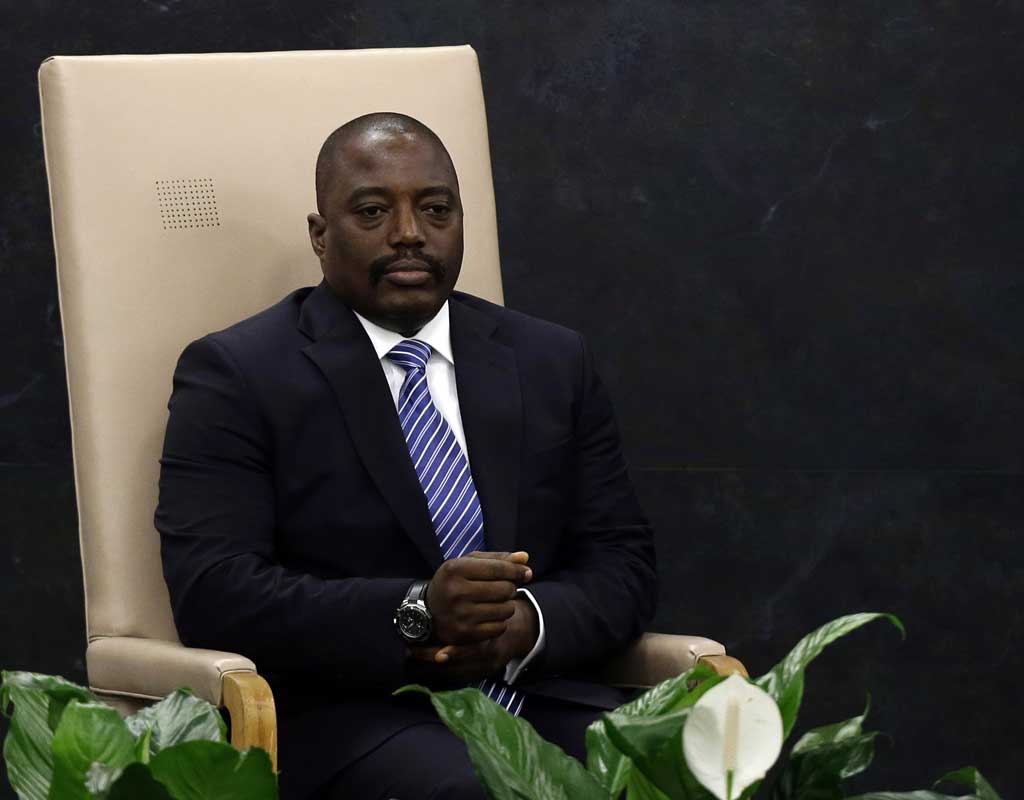 Joseph Kabila Kabange, President of the Democratic Republic of the Congo, waits to speak during the general debate of the 68th session of the UN headquarters in New York in September 2013.

KINSHASA – Participants in Democratic Republic of Congo's "national dialogue" agreed Monday, in the absence of the main opposition group, to push back to April 2018 the presidential election due to take place before the end of the year, negotiators said.

The deal, reached during talks in Kinshasa, envisages President Joseph Kabila remaining in power until that date despite the fact that his mandate is due to end in December.

The leader of the parliamentary group representing Kabila's People's Party for Reconstruction and Democracy (PPRD) confirmed the statement.

"The election will be held in 2018," Ramazani Shadari said.

Former Togolese prime minister and facilitator in the talks, Edem Kodjo, said the agreement was approved Monday by all the negotiators taking part in the dialogue.

Under the agreement, a new government would be set up, with the key post of prime minister handed to an opposition figure, Kodjo said.

The deal struck Monday remains fragile, however, as the country's main opposition group has boycotted the talks.