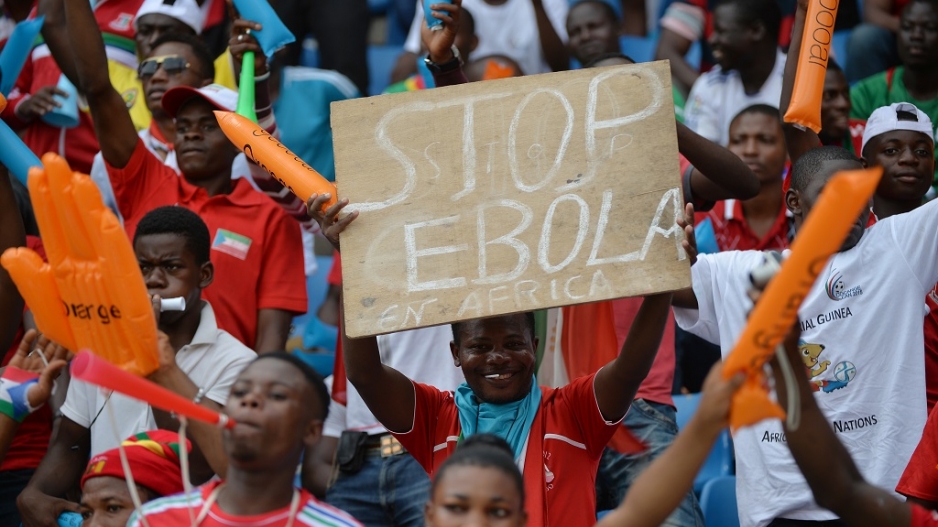 A football fan holds a placard reading "Stop Ebola in Africa" ahead of the 2015 African Cup of Nations group A football match between Equatorial Guinea and Congo at Bata Stadium in Bata on January 17, 2015.

CONGO – The Congolese health minister on Saturday declared the end of an Ebola outbreak in a remote northeastern region of the Democratic Republic of Congo which caused four deaths in the area.

On May 12, officials declared an outbreak of the highly contagious disease, the eighth to date in the sprawling country, in Bas-Uele province, an equatorial forest zone near the Central African Republic.

"I declare the end of the Ebola outbreak in Likati in DRC from midnight tonight," Oly Ilunga told reporters.

Ilunga said none of the 105 suspected cases had tested positive and that the country had recorded no new cases since June 2.

The incubation period for this highly contagious disease is 21 days.

Truly looks like #Ebola outbreak in DRC is over (--). Latest report (with data from June 19) shows no new confirmed, prob or suspect cases. pic.twitter.com/Hvwa1Wyeea