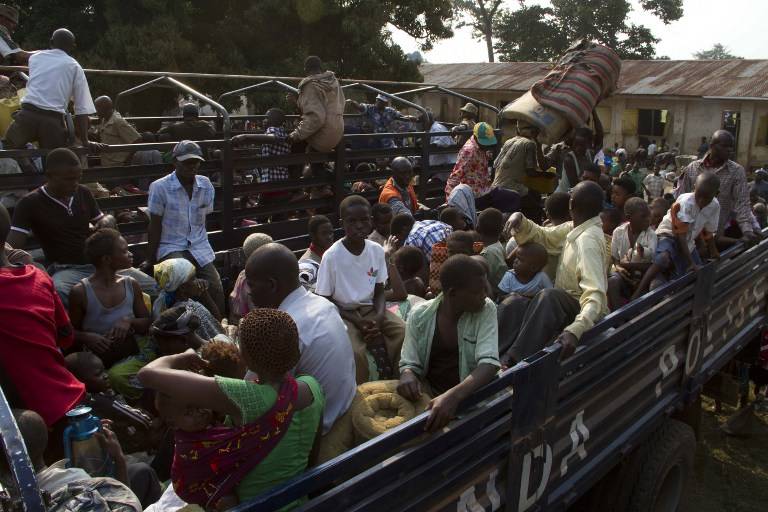 File: Thousands of refugees from DRC crossing into Uganda

JOHANNESBURG  – As refugees fleeing violence and communal tensions in the Democratic Republic of the Congo (DRC) continued to arrive in neighbouring Angola, the United Nations Refugee Agency appealed for more resources to cope with the influx and to provide people with the support they urgently needed.

According to the Office of the UN High Commissioner for Refugees (UNHCR), some 30,000 people arrived in Angola’s Lunda Norte province since April.

“Angola is providing a warm welcome, but reception centres accommodating refugees are full beyond their capacity and basic services cannot be maintained without immediate donor support,” said Valentin Tapsoba, the UNHCR’s Africa Bureau Director, in a statement on Monday.

He added that the refugees were traumatised and humanitarian agencies required urgent support to ensure that life-saving assistance and protection could be provided to those in need.

The arrivals were mostly from the Kasai provinces in the DRC, where they were at risk of serious human rights violations and abuses, including physical mutilation, killing, sexual violence, arbitrary arrest and detention in inhumane conditions.

READ: Over 700 SANDF soldiers to be stationed in the DRC

The Kasais were the location of the discovery of some 42 mass graves, in April by the Office of the UN High Commissioner for Human Rights (OHCHR).

About 1.3 million people remain displaced internally in the DRC.

Those reaching Angola also expressed fear of going back unless the situation allowed for a safe and dignified return.

However, with arrivals increasing and fears that the situation could get much worse, additional funding was urgently needed.

“Sustaining life-saving assistance won’t be possible without more funding,” said the UNHCR, noting that together with its partners, some $65-million was required – of which the UN agency needed $35 million (until the end of the year) to reach refugees in remote parts of Angola, who were the most vulnerable.

Current humanitarian efforts were supported with $10-million by the UN Central Emergency Fund, a limited pool of financial resources that provided funding to critical, life-saving humanitarian rapid response and under-funded operations around the globe.