Drought could plunge Zim into darkness 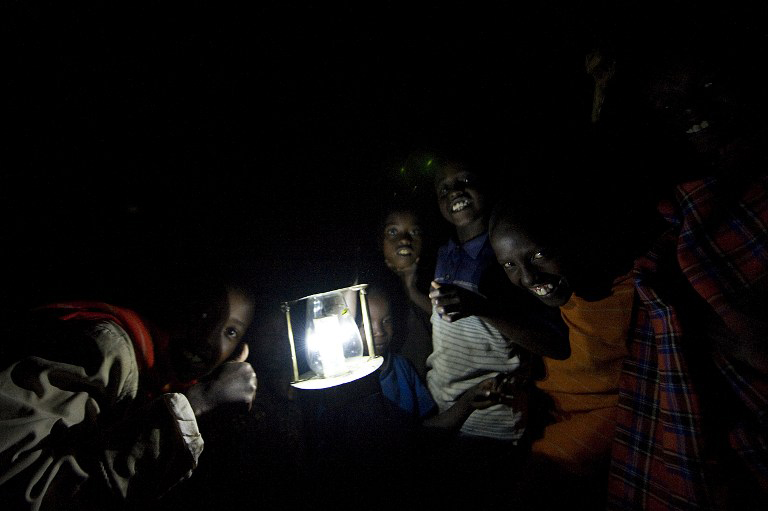 Photo taken on May 24, 2012 shows children using an improvised solar-powered LED lamp at night at their manyatta [mud-thatch home] at Kisima in Samburu county, approximately 350 kilometres north of Nairobi.

Zimbabwe and neighbouring Zambia both rely heavily on the Kariba Dam for electricity, and falling dam levels at the plant raises the threat of deeper power cuts in the two countries which are already faced with frequent power shortages.

Kenneth Maswera, Kariba Power Station&39;s general manager told reporters that dam levels were at 12 percent of capacity, a level last recorded in 1992 during a severe drought.

"We&39;ve not received any significant inflows, basically the level is going to continue going down if we don&39;t get any flows into the lake," said Maswera in Kariba town, 390km north-west of the capital Harare.

Without any new inflows, the dam would only generate power for the next 165 days, Maswera said.

Supplies from Kariba, which has an installed generating capacity of 750 megawatts (MW), were at 285MW now, he said.

Zimbabwe is importing 300MW of electricity from Eskom and another 40MW from Mozambique, which has eased the power cuts, officials say.

The drought has left 3-million people in need of food aid in Zimbabwe.

Farmers in Zimbabwe have lost cattle and crops to drought but fear the worst is yet to come.