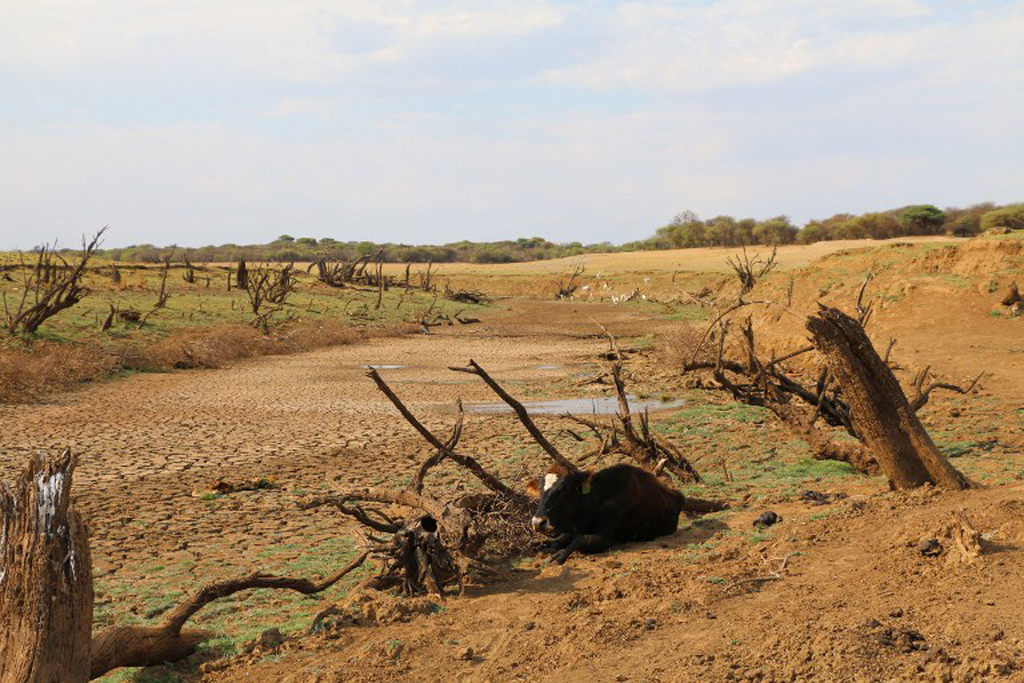 Carcasses of livestock are scattered over the dried out Molatedi Dam in north west South Africa, which is experiencing its worst drought in decades, pictured 15 November 2015.

GABORONE – The negative economic and social development effects of the El Nio-induced drought has forced countries in the Southern Africa Development (SADC) region to scale back on major regional developmental projects and divert resources to deal with regional food insecurity, a top Botswana government official has said.

Officially opening a summit of regional finance ministers at the SADC headquarters in Gaborone on Tuesday, Botswana’s Finance and Development Planning minister Kenneth Matambo said the region needed to work collectively to address the effects of the drought.

He said the drought would lead to generalised food insecurity which threatened the livelihoods of thousands of vulnerable women and children across the region.

So little international media attention on the drought in southern Africa. Situation is increasingly dire.

Matambo, who is also the head of the SADC Council of Ministers, said the drought had induced massive crop failure with real prospects of zero harvests which would lead to high food prices and livestock products.

Further, he said the increases in agricultural commodities would increase inflation, a situation that would require governments to invest more in hunger and poverty alleviation initiatives.

The SADC Council of Ministers meeting, which continues Wednesday, is expected to review regional development plans and goals.

The council will receive other progress reports including one on the financial plan for year 2015/2016, regional integration, regional industrial development as well as the implementation of the Revised Regional Indicative Strategic Development Plan for 2015-2020.