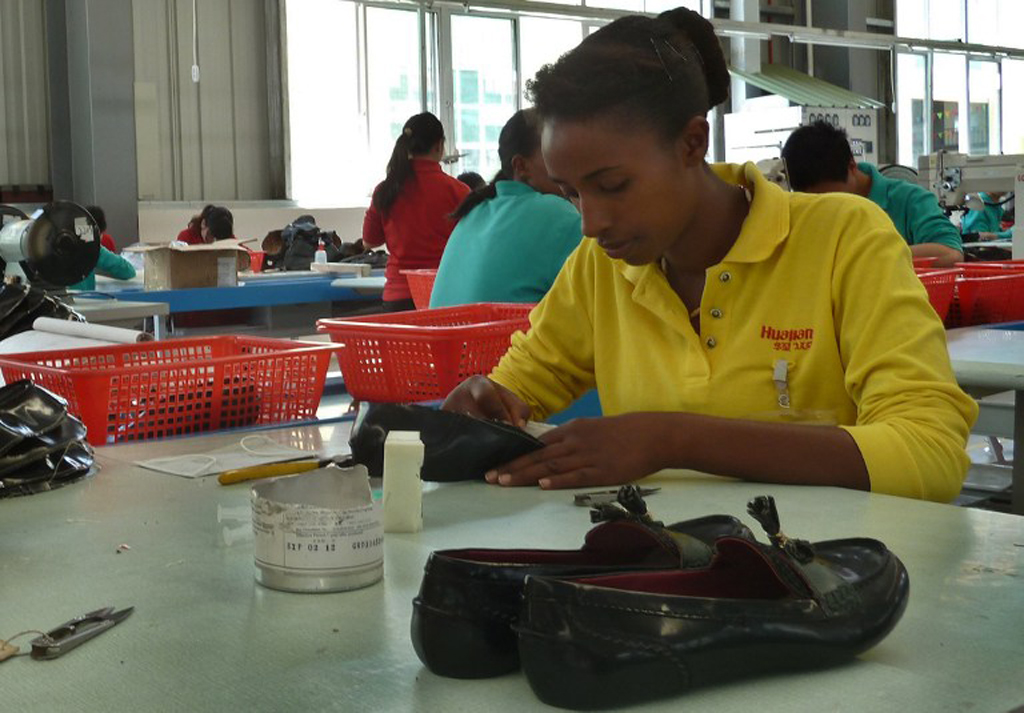 A file photograph of Ethiopians working on an assembly line at Huajian shoe factory in Dukem, Ethiopia.

Since 2013, buyers – among them H&M, Primark and Tesco — have been increasingly sourcing their clothing from East Africa, helped by the renewal of the African Growth and Opportunity Act (AGOA), which gives certain countries in sub-Saharan Africa duty-free access to the US market.

Apparel exports from Ethiopia, Kenya, Tanzania and Uganda amounted to a combined $337 million in 2013.

“We found that East Africa could indeed become a more important centre for apparel sourcing, but only if stakeholders—buyers, governments, and manufacturers—work together to improve business conditions in the region,” the consultancy said.

Although China will remain the leader in garment manufacturing, with about $177 billion in exports in 2013, almost three-quarters of survey respondents said they expect to reduce their purchases from Chinese firms.

In the past two years, a number of European companies—among them, H&M, Primark, and Tesco—began sourcing some of their garments from Ethiopia.

Bangladesh remains at the top of the list of future sourcing destinations, followed by Vietnam and India, but East Africa is clearly on the rise. Apparel exports in 2013: Bangladesh ($24 billion), Vietnam ($17 billion), and India ($17 billion).

“Within sub-Saharan Africa, East African countries—especially Ethiopia and Kenya, and to a lesser extent Uganda and Tanzania—are of interest to apparel buyers. The governments of both Ethiopia and Kenya are taking steps to develop their domestic textile and garment industries,” McKinsey said.

According to United Nations projections, sub-Saharan Africa will have the highest growth in working-age population anywhere over the next 20 years. By 2035, the working-age population in the region is expected to be as large as China’s today—more than 900 million people. This massive labour pool is capturing the attention of several industries, including clothing.

Suppliers will also need to upgrade their facilities and enter into long-term partnerships with buyers, while buyers will need to evaluate the region as a true strategic option rather than just a testing ground.