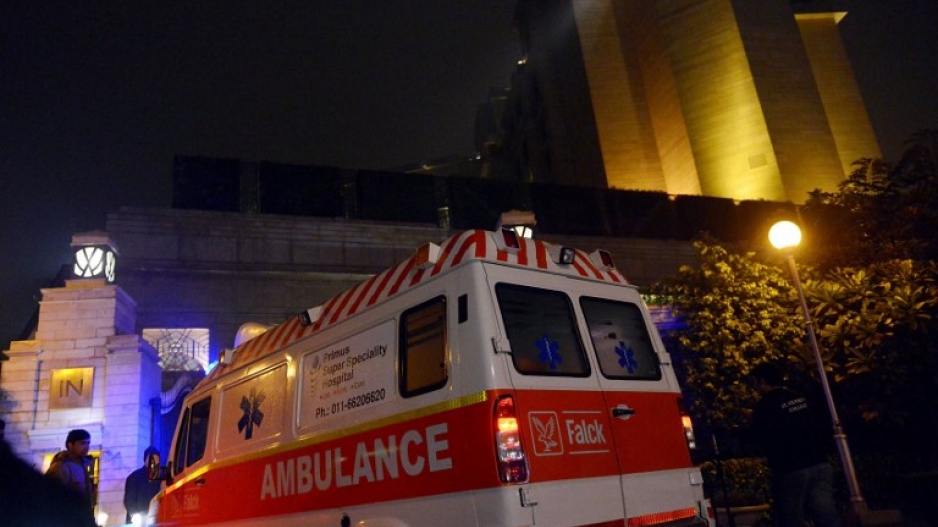 An ambulance arrives at the Leela Hotel in New Delhi where wife of Indian minister Shashi Tharoor, Sunanda Pushkar was found dead.

GUINEA - At least eight miners have been killed after a landslide at a goldmine in eastern Guinea, family and security sources said on Saturday.

The collapse happened on Friday near the town of Mandiana, near Guinea&39;s border with Mali, a member of the security forces told AFP.

"Eight deaths have been recorded since yesterday in the collapse in the mine," he said.

"We got three bodies out yesterday and three more this morning. They were buried in the mud, suffocated and then died."

Sarata Sangare, the sister of one of the dead, said 10 rescued miners made arduous journeys to hospital in the Malian capital Bamako.

"Some were placed in wheelbarrows to travel several kilometres before finding a vehicle to take them to the centre of Mandiana and then on to Mali," says Sangare.

The security source said it was not known how many bodies were still to be discovered in the deeper shafts.

Guinea sits atop huge deposits of gold, bauxite and diamond but the majority of its people live in poverty.

It was the fifth such disaster in a fortnight in the area, with the previous landslides killing four people, including three women, according to locals.

Around 20 miners were killed in a landslide at a goldmine in the northeastern city of Siguiri in November last year.