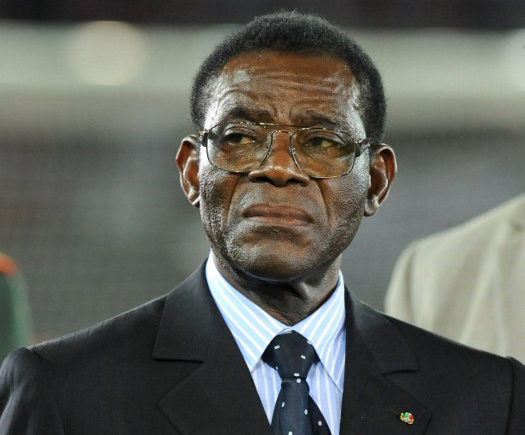 MALABO, Equatorial Guinea - Voting in Equatorial Guinea ended Sunday, with the opposition alleging fraud and irregularities in elections that the ruling party was expected to sweep and maintain its firm grip over the tiny oil-rich country.

Internet access was completely cut in a country where opposition websites have been blocked since 2013. Since the start of the election campaign on October 27, Facebook has been inaccessible as well.

In the capital Malabo, queues of people waiting to vote formed early as most polling stations opened on schedule and were very busy most of the morning, an AFP correspondent said.

Security forces were deployed and private vehicles banned for the day. Residents complained that this had left them unable to go to polling stations -- often located very far from their homes -- which were mostly closed by 1700 GMT, one hour before the official end of polling.

Around 300,000 people were eligible to take part in Sunday&39;s election, which will choose 100 MPs and 75 senators as well as the mayors of Malabo and Bata, the country&39;s economic hub.

State media said the vote took place in good conditions and without incident, but opposition representatives spoke out against fraud and irregularities and the arrest of activists who opposed such alleged discrepancies.

The election is widely expected to be dominated by the party of President Teodoro Obiang Nguema, Africa&39;s longest-serving leader, who has ruled the former Spanish colony for 37 years.

His Democratic Party of Equatorial Guinea (PDGE) controls 99 percent of the seats in parliament, over which it has held sway since the single-party rule was scrapped in 1991.

Despite the PDGE&39;s immense power, opposition parties hope to make gains, even if they say they have no access to state media, which regularly broadcasts campaign ads by the ruling party.

Equatorial Guinea, which borders Cameroon and Gabon, is one of the sub-Sahara&39;s biggest oil producers but a large proportion of the 1.2 million population still lives in poverty.