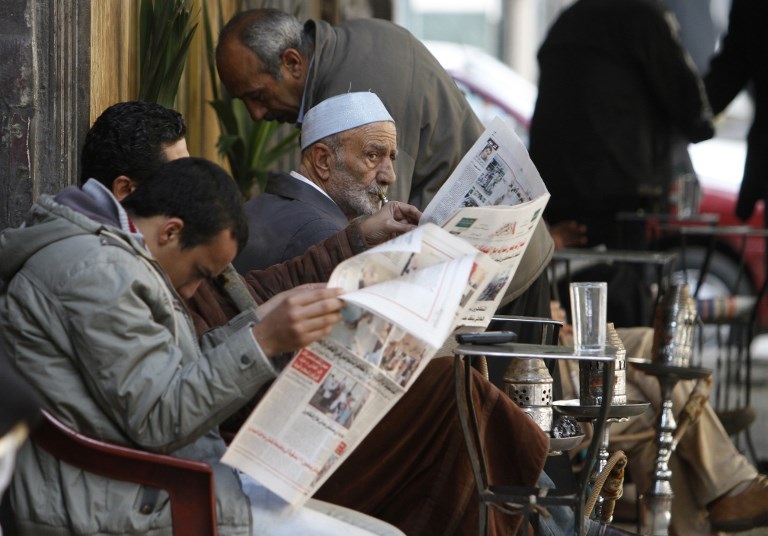 CAIRO - Egypt has blocked the website of one of its most prominent financial newspapers, the paper's owner said on Sunday, expanding a media blackout initiated last week to curb what authorities called support for terrorism and fake news.

Egypt blocked access to a number of news websites including Al-Jazeera and Huffington Post Arabic on Wednesday after similar actions by its Gulf allies Saudi Arabia and the United Arab Emirates.

The censorship of Al-Borsa, a widely read financial newspaper that generally steers clear of politics and reflects the views of a largely pro-state business community, suggests a more expansive attempt to control private media coverage.

"Al-Boursa and Daily News Egypt newspapers express their strong condemnation for the ongoing government campaign to restrict them," it said.

Egypt last month declared a three-month state of emergency after two suicide bombings at Coptic churches killed more than 45. In an address ushering in a new era of martial law just after the attacks, President Abdel Fattah al-Sisi warned the press to be careful in its reporting.

Security sources told Reuters last week that 21 websites had been blocked for allegedly being affiliated with the outlawed Muslim Brotherhood or being funded by Qatar.

Business News said the decision to block its sites came as a surprise because they were not among the 21 blocked last week.

The company had its assets frozen last December for alleged ties with the Muslim Brotherhood, a charge it denies.

"We point out that all information on our company, its shareholders, financial statements and contracts are available to all relevant government entities," the company said in a statement on Sunday.

Websites such as Mada Masr, an Egyptian news website that describes itself as progressive and has no Islamist or Qatari affiliations, were also blocked last week.