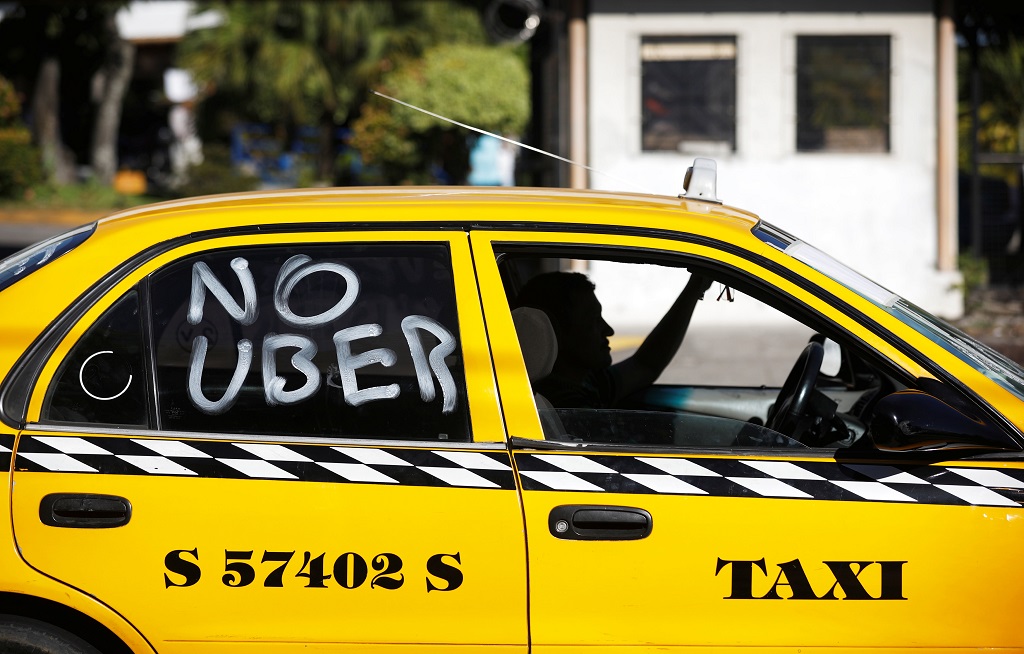 A taxi driver takes part in a demonstration against what taxi drivers say is unfair competition from new car sharing companies such as Uber, in San Salvador, El Salvador, January 29, 2018.

CAIRO – Egypt&39;s administrative court issued a ruling on Tuesday stopping the operations of Uber and Careem, state media reported, although both ride-sharing apps said their services were not suspended.

The two services had sparked protests by taxi drivers who complained that their drivers were not required to pay the hefty fees to operate transportation vehicles.

The court accepted a petition by a lawyer demanding the government stop licensing Uber and Careem activities in Egypt, including their online applications, state-owned newspaper Al-Ahram reported on its website.

READ: Woman dies after being hit by Uber self-driving car

The lawyer representing taxi drivers, Khaled al-Gamal, told AFP that the ruling would have to be implemented by the government even if Careem and Uber appeal.

"They have to stop operations and block their mobile applications on the internet," he told AFP.

But both companies said their operations have not been officially suspended.

Careem "affirms the continuation of operations normally and it (Careem) has not been officially notified of ceasing its operations", it said on Twitter.

Uber Egypt’s general manager Abdellatif Waked said: "We respect the rulings of the Egyptian judiciary." But the company would appeal "and continue to be available in Egypt".

"It is important to clarify that today’s verdict does not mean suspending the operations of Uber in Egypt," Waked said, adding the firm could not comment on "ongoing legal proceedings".

Many Egyptians who complain about taxi services, including drivers who refuse to turn on their meters or their air conditioning during the summer heat, had switched to the ride sharing apps.

Careem, a start-up headquartered in the United Arab Emirates, operates in the Middle East and Asia.