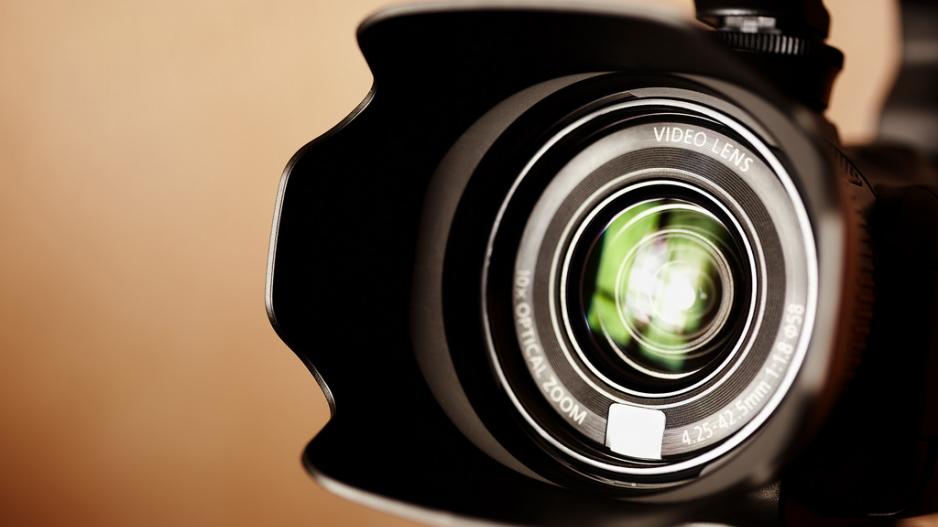 File image of a video camera

CAIRO – Filmmakers in Egypt are defying a largely conservative society with television series and movies that deal with modern relationships between men and women and the empowerment of the young.

In its heyday between the 1950s and the 1970s, Egypt had one of the largest and most dynamic movie industries in the world.

The golden age of Egyptian cinema starred fiery, determined women and love scenes that rivalled those of Western movies at the time.

Under the growing influence of the Muslim Brotherhood group and Arab Gulf countries, conservatism expanded steadily in Egyptian society during the time.

Such productions often stir controversy, but they still attract millions of viewers online.

In the film "Balash Tebosni" (Kiss Me Not), young director Ahmed Amer makes fun of the taboo on passionate kisses in contemporary Egyptian cinema.

In the "adults only" movie, Amer tries to shoot a kissing scene but the actress refuses to comply, stressing that she wants to become a more devout Muslim.

The "film within a film" satirises the dogged resistance of his starlet in what has become an increasingly puritanical society.

Yasmin Raeis, who plays the actress, said she remembers how such scenes used to be "totally normal" in Egyptian movies she watched as a child.

"Then as I got older, suddenly people started saying that this shouldn&39;t happen" in movies anymore, she said.

Raeis said she could not understand the taboo on kissing when audiences stream to watch thrillers and action movies packed with scenes of violence.

"That&39;s what&39;s strange. We should be condemning violence, not romance," she said.

The idea for Balash Tebosni originated in a short film which Amer had tried but failed to complete in real life because the leading actress was disgusted by the idea of an onscreen kiss.

Watched by millions on YouTube, "Sabaa Gar" (Seventh Neighbour), a series which airs on the private CBC Entertainment channel, has faced a storm of accusations that it corrupts Egypt&39;s youth.

A single woman living alone and seeing men out of wedlock, or another who smokes in secret, Sabaa Gar shows the young demanding control over their own lives.

This contrasts with the stricter social norms that the older generation still holds on to and highlights the generation gap in Egyptian society.

The goal was not to spur controversy, said Heba Yousry, one of the series&39; three all-female co-directors.

Sabaa Gar has "allowed people to understand each other and to learn about how the new generation thinks", she said.

Among the story lines is one of a young woman who wants to have a child, but does not want to share her life with a man.

She agrees with a work colleague to get married for the sole purpose of having a baby, and then to get divorced.

A similar theme was the subject of hit comedy "Bashtery Ragel" (I&39;m Buying a Man), released in Egyptian cinemas in February 2017 on Valentine&39;s Day.

At the same time, however, many Egyptian actresses refuse to be filmed in kissing scenes or to play roles that could be regarded as immoral.

Some have even quit the industry for religious reasons.

Egyptian authorities under President Abdel Fattah al-Sisi, in power since 2013, have clamped down on activities deemed immoral.

In the latest case, Egypt last month banned the Arabic version of US television&39;s "Saturday Night Live" for use of "sexual expressions, phrases and gestures... which violate ethical and professional standards".