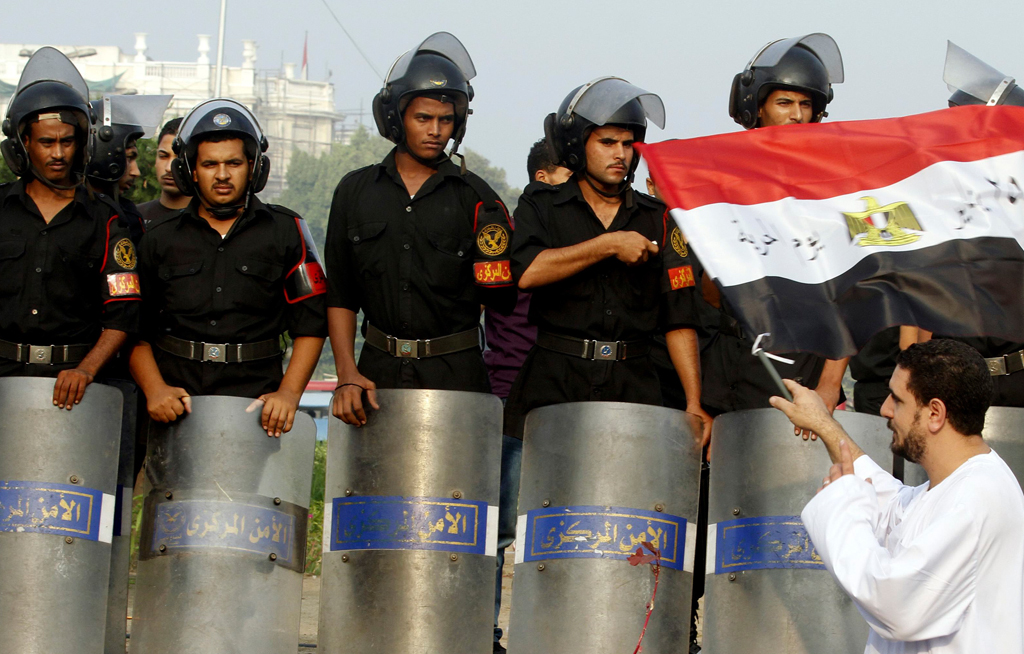 Egyptian police have killed two leaders of the Hasam militia in a shootout.

Egyptian intelligence accuses Turkish intelligence of involvement in a plot, together with members of the international Muslim Brotherhood, to take over power in Egypt by destabilising state institutions.

Together with another five suspects, who are currently abroad, the 29 defendants are alleged to have joined a terrorist organisation, circumvented the country’s phone networks for international communication and engaged in money laundering and illegal currency trading, according to a statement by Egypt’s prosecutor-general.

No date was given for when the defendants were arrested.

According to national intelligence, the arrested men allegedly formed a network, with members of the Muslim Brotherhood abroad, to monitor and record phone calls made by Egyptian citizens to determine their political outlook on the current situation in the country.

The Brotherhood was banned in Egypt following the overthrow of the North African country’s first democratically-elected president, Mohammed Morsi, who won elections in 2012 following his predecessor Hosni Mubarak stepping down under pressure in the wake of the Arab Spring which erupted in 2011.

Subsequent to Morsi’s overthrow, clashes between members of the Muslim Brotherhood and Egyptian security forces around the country left hundreds of Brotherhood supporters dead in what was a conservative estimate.

Political opponents of incumbent President Abdel-Fatteh El Sisi, journalists and human rights activists continue to be arrested in a crackdown which Egyptian security argues is part of a counter-insurgency they are fighting in the restive Sinai Peninsula and on the mainland against Islamic State-affiliated jihadists.

The State Security prosecution, meanwhile, has said it will continue to release statements on the espionage case while maintaining confidentiality with regards to information that could harm the country’s national security.

Diplomatic ties between Turkey and Egypt have been suspended even though economic engagements continue.

Diplomatic relations between the two nose-dived after Morsi’s overthrow as the Islamist leader was a close ally of Turkish President Recep Tayyip Erdogan’s AKP government.

Ankara has continued to criticise the Egyptian government over Morsi’s removal while Cairo has lambasted the former, accusing it of interfering in its domestic affairs and supporting terrorists who carry out attacks in Egypt.

Members of the Muslim Brotherhood, which is also designated a terrorist group by the Europeans, have found safe haven in Turkey.

Furthermore, Ankara allows broadcasts from within Turkey of TV stations run by sympathisers of the Brotherhood who regularly criticise the government of El Sisi.