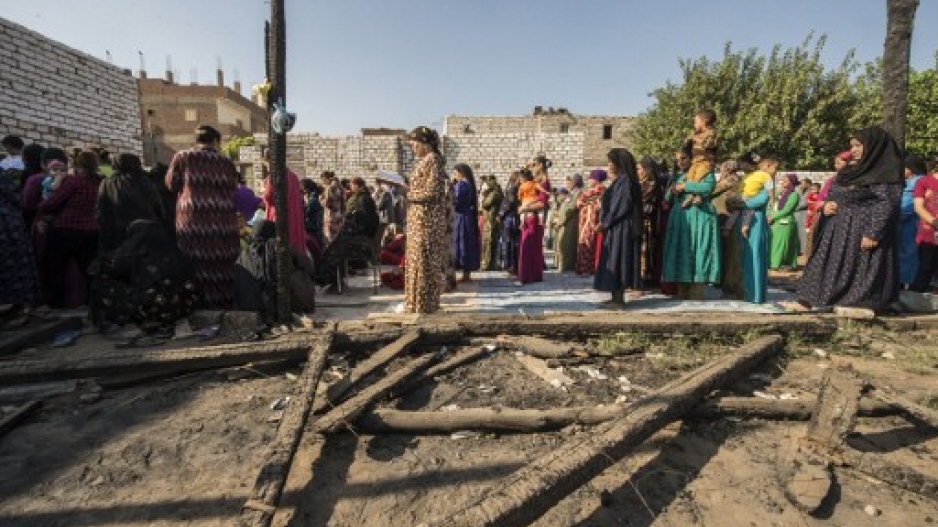 Egyptian Coptic Christians attend a mass on July 24, 2016, in the rubble of a makeshift chapel that was torched a few months ago during clashes in the Egyptian village of Ismailia, in the Minya governorate, some 300km south of the capital of Cairo.

CAIRO - An Egyptian court sentenced a Muslim man to death on Thursday for murdering a Christian who sold alcohol, security and judicial officials said.

The court in the Mediterranean city of Alexandria issued its sentence after receiving approval from the mufti, the official interpreter of Islamic law whose role is advisory.

The verdict can be appealed.

Sayed had walked up to Lamei as he sat outside his liquor store and slit his throat, the victim's son Tony Youssef, who witnessed the murder, told AFP.

Sayed later told the court that he would kill all alcohol sellers if he could, judicial sources said.

Consumption of alcohol is forbidden in Islam.

Sayed was present in court on Thursday, according to a security official.

Egypt's Coptic minority has been on edge after a series of attacks.

On 11 December, a suicide bomber claimed by the Islamic State group struck a Cairo church during a service, killing 29 people.

The group's Egypt branch said in December it would continue attacks against "every infidel and apostate in Egypt, and everywhere".

The jihadists had mostly targeted Egypt's security forces in the north of the Sinai Peninsula since the army overthrew Islamist president Mohamed Morsi in 2013.