'Egypt and Hamas reach the point of no return' 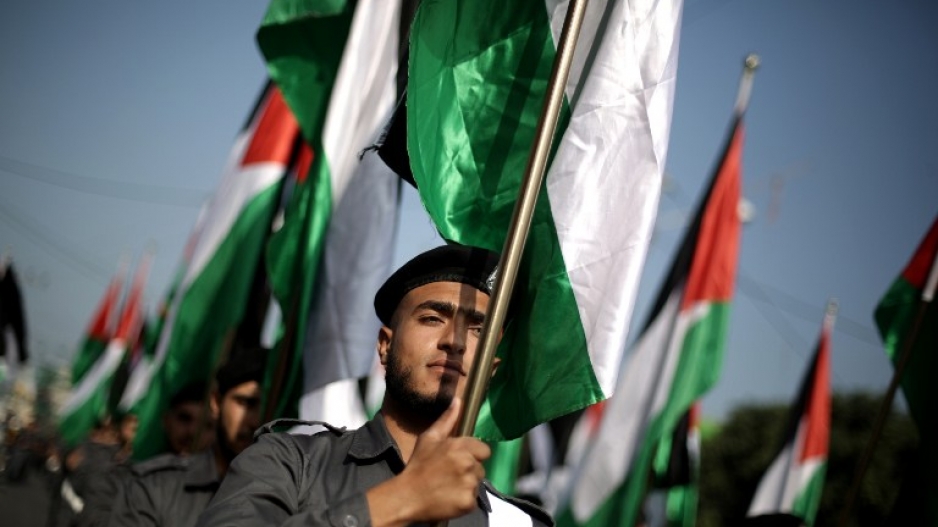 Members of the Palestinian Islamist movement Hamas's security forces march along the streets in Gaza City on November 13, 2013, ahead of the first anniversary an Israeli army operation which was launched after the killing of top Hamas military commander A

The latest move marked a further deterioration in ties between Egypt and Hamas, which has close links to the Muslim Brotherhood of deposed Egyptian president Mohammed Morsi and is now the target of a sweeping crackdown by the military-installed government.

Since Morsi&39;s overthrow, the Egyptian authorities have destroyed hundreds of tunnels along the border with the Hamas-ruled Gaza Strip which had been used to bring in fuel and construction materials, as well as weapons and ammunition.

The loss of the tunnels has deepened the economic crisis in Gaza, which has been under an Israeli blockade since 2006, and a senior Hamas official warned the court&39;s move could prompt a new confrontation with Israel.

"The situation between Egypt and Hamas has reached the point of no return," said Mukhaimar Abu Saada, political science professor at Gaza&39;s Al-Azhar University.

"For Hamas, the choices are extremely limited: reconciliation with (Western-backed Palestinian) president Mahmud Abbas, or open confrontation with Israel to embarrass Egypt and win the sympathy of the Arab world," he said.

"The latter option would be costly and risky."

On Tuesday, the Egyptian court banned Hamas from operating in the country and moved to seize its assets after accusing it of colluding with the Muslim Brotherhood to carry out attacks.

Gazans celebrated in the streets when Morsi became Egypt&39;s first freely elected leader in June 2012, a year and a half after Hosni Mubarak was toppled by an Arab Spring uprising.

But last year, the Egyptian army overthrew Morsi following massive protests against his divisive rule and has since designated the Muslim Brotherhood a terrorist organisation.

The destruction of the border tunnels is costing Gaza $230 million a month, Hamas says. Government workers say they have not been paid in four months.

Bassem Naim, an adviser to Hamas prime minister Ismail Haniya, told AFP the court ruling was "shocking", and said he hoped it would not translate into "restrictions on people&39;s movement".

Egypt has severely restricted access through the border town of Rafah -- Gaza&39;s only gate to the world that is not controlled by Israel -- ostensibly for security reasons.

Ezzat al-Rishq, a Hamas official close to the movement&39;s exiled leader Khaled Meshaal, said the ruling "will open the door to new (Israeli) aggression and war against Gaza".

A fragile Egypt-mediated ceasefire between Hamas and Israel that ended a bloody eight-day conflict in November 2012 has brought more than a year of relative calm, with Hamas policing its borders to prevent rocket fire by rogue militants.

Gaza-based political analyst Hani Habib downplayed the court ruling as "a formality which will have little additional impact," saying border restrictions are nothing new and that Hamas has no offices or major assets in Egypt.

But Adnan Abu Amr, a politics professor at Gaza&39;s Ummah University, said: "A final, definitive break between Egypt and Hamas would mean increased pressure on Gaza, meaning that it could blow up in Egypt or Israel&39;s faces."

Political analyst Naji Sharab said the best option for Hamas would be to reconcile with Abbas&39;s Fatah party, its Palestinian rival based in the Israeli-occupied West Bank.

But that would require Hamas to moderate its core belief that Israel must be destroyed and accept US-brokered peace negotiations - which it has staunchly refused to do.

Hamas and Fatah, which dominates the Western-backed Palestinian Authority, signed a 2011 reconciliation agreement in Cairo that was meant to heal divisions that boiled over when Hamas seized Gaza in 2007.

But the agreement has never been implemented.