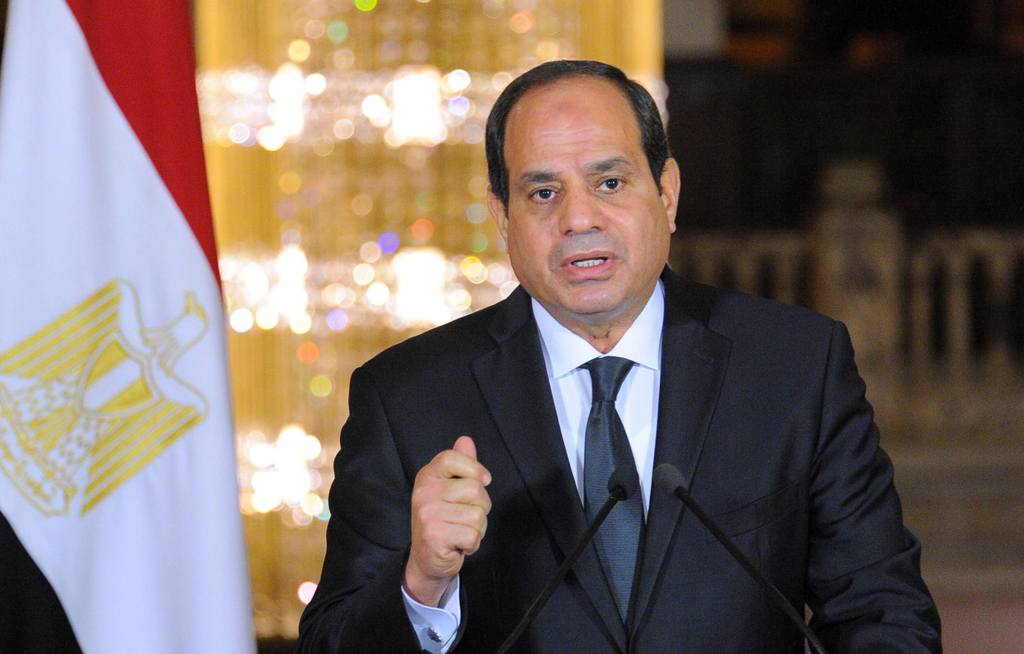 Egyptian President Abdel Fattah al-Sisi gives an address after the gunmen attack in Minya, accompanied by leaders of the Supreme Council of the Armed Forces and the Supreme Council for Police (unseen), at the Ittihadiya presidential palace in Cairo, Egypt

CAIRO - Egyptian President Abdel Fattah al-Sisi said on Friday he would stand in a presidential election due to take place in March.

"I announce to you in the honesty and transparency which we are used to... my candidacy for the post of president of the republic," Sisi said at a conference in Cairo, broadcast live on state television.

Sisi is widely expected to win in the first round, set for March.

Egypt&39;s former army chief, Sisi was elected in 2014, a year after leading the military&39;s ouster of his predecessor Mohamed Morsi amid mass protests against the Islamist&39;s year-long rule.

That was followed by a crackdown against thousands of Morsi supporters who demonstrated for weeks to demand his reinstatement.

Egypt has since faced a string of deadly jihadist attacks, particularly in North Sinai, where an Islamic State group affiliate led what became a full-fledged insurgency following Morsi&39;s ouster.

Sisi announced his candidacy Friday during the final segment of a three-day conference named "Story of a Nation" which showcased his accomplishments during his first term.

He said he had "done all I could".

"Regardless of who your vote will be for, all that I wish of you (is that you) show the world your participation in the elections and choose whoever you wish to," said Sisi.

The conference saw ministers and members of the public discuss issues including completed infrastructure projects, the military&39;s counter-terrorism efforts, foreign policy and the war on drugs.

So far, two prominent potential candidates have announced that they will not take part in the poll.

Former prime minister Ahmed Shafiq, who had been seen as a major rival to Sisi, said on January 7 that he would not be a candidate, reversing a pledge he made from the United Arab Emirates in November.

Shafiq had disappeared for 24 hours after being deported to Egypt last month following years in exile in the UAE.

On Monday, Mohamed Anwar Sadat, a dissident and nephew of Egypt&39;s late president of the same name, announced he would not run in the poll because the climate was not right for free elections.

Other potential candidates include Khaled Ali, a rights lawyer and 2012 presidential candidate who challenged the government over Egypt&39;s controversial transfer of two Red Sea islands to Saudi Arabia.

It remains unclear whether he will stand, as he was sentenced in absentia in September to three months in jail on accusations of "offending public decency", a ruling he appealed.

Ali said only the committee organising the election could decide whether that disqualified him as a candidate.

Separately, military Colonel Ahmed Konsowa was sentenced by a military court in December to six years in jail after he announced his intention to stand.

The head of Egypt&39;s Zamalek football club, Mortada Mansour, said on Saturday he would put forward his candidacy.

Campaigning for the election begins on February 24 and will last until March 23.

The National Elections Authority will accept applications between January 20 and 29 from presidential hopefuls who are collecting the required number of signatures to stand.