Egypt's Sisi to meet Trump amid questions on rights record 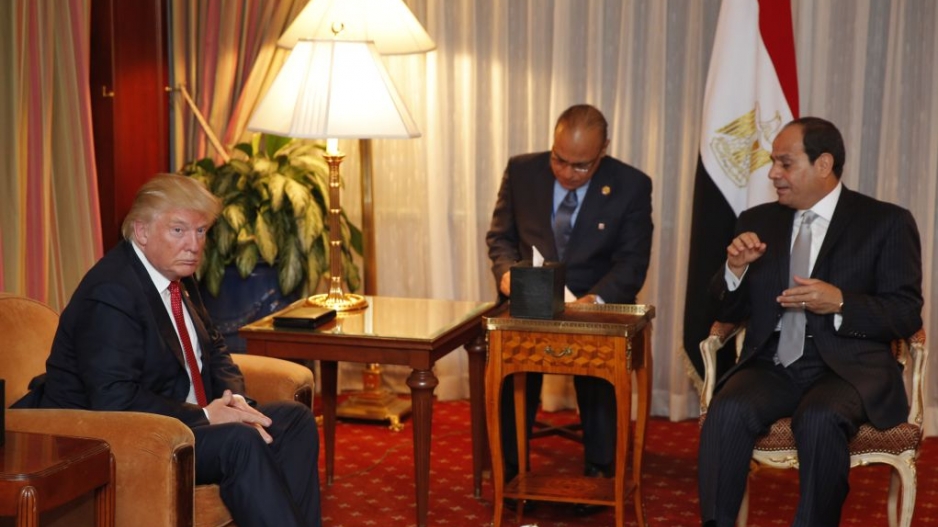 For Sisi, the first foreign leader to congratulate Trump following his surprise election victory, the Oval Office meeting will have special meaning -- he was never invited to the White House by former president Barack Obama.

The thorny issue of the Palestinian-Israeli peace process is expected to be on the agenda as is the fight against the Islamic State jihadist group.

Egypt and Jordan are the only two Arab states to have signed peace treaties with Israel and would likely be considered key players in any renewed peace effort.

Trump has sent mixed signals over how he will address peace process, deadlocked since April 2014.

He broke with decades of US policy during a meeting with Israeli Prime Minister Benjamin Netanyahu in February when he declared that he was not bound to a two-state solution, meaning an independent Palestinian state alongside Israel.

Trump said he'd be open to a single state if it meant peace. But he also called on Israel to "hold back on settlements for a little bit."

The former New York property tycoon and the former Egyptian army general, who don't plan to hold a joint press conference, previously met in September when the campaign was in full swing.

Trump at the time called Sisi a "fantastic guy."

Their meeting Monday will give valuable insight on how the Trump White House plans to address the issue of human rights.

A senior administration official said in a briefing that the topic will be handled in a "private, more discreet way."

"We believe it's the most effective way to advance those issues to a favorable outcome."

This stance was slammed by rights groups.

"Inviting al-Sisi for an official visit to Washington as tens of thousands of Egyptians rot in jail and when torture is again the order of the day is a strange way to build a stable strategic relationship," said Sarah Margon, Washington director of Human Rights Watch.

The Obama administration froze military aid to Egypt after the 2013 ouster of former president Mohamed Morsi -- led by Sisi, who was defense minister at the time -- and a bloody crackdown on his supporters.

But Egypt's key role as the most populous and best armed Arab nation meant that the aid was fully reinstated in 2015.

The United States gives $1.5 billion annually in aid to Egypt, including $1.3 billion in military aid.

The White House, which recently unveiled a budget that proposes drastic cuts in international aid, has pledged to maintain a "strong and sufficient" level of support for Egypt, without committing to any specific figure.

The new Republican administration is also considering whether to designate Morsi's Muslim Brotherhood group as a terror organisation.

"We, along with a number of countries, have some concerns about various activities that the Muslim Brotherhood has conducted in the region. But that's going to be a discussion that will unfold between us and Egypt."