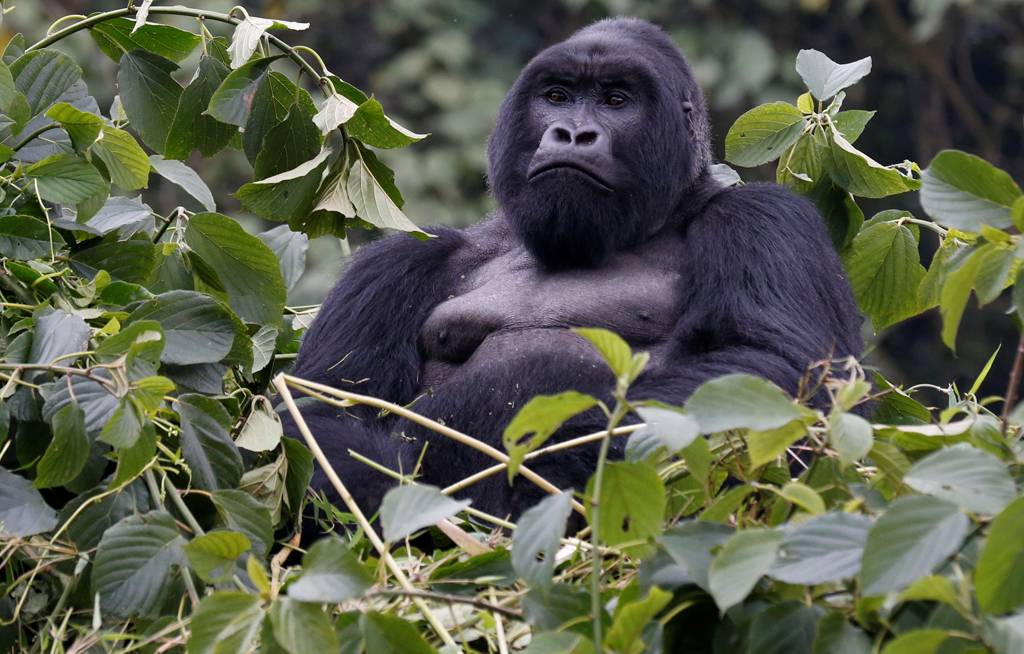 The world's largest gorillas have been pushed to the brink of extinction by a surge of illegal hunting. With just 5,000 Eastern gorillas left on Earth, the majestic species now faces the risk of disappearing completely.

GOMA, Congo - The population of mountain gorillas, one of the world&39;s most endangered species, which survives on the forest-cloaked volcanoes of central Africa, has increased by a quarter to over 1,000 individuals since 2010, wildlife authorities said.

That is despite the threat posed by poachers and armed groups in the Virunga Massif, a spine of volcanic mountains in the western Rift Valley straddling eastern Democratic Republic of Congo, Uganda and Rwanda, where most of them reside.

BreakingNews: the critically endangered mountain gorilla population is increasing! -- Their numbers in the wild now exceed 1,000, yet they still face threats such as snares, climate change and diseases. pic.twitter.com/mP4CAMWkZU

The latest census put them at 1,004 individuals: 604 in Virunga, and 400 in Uganda&39;s nearby Bwindi Impenetrable National Park, Joel Wenga Malembe, spokesman for the Congolese Institute for the Conservation of Nature, told Reuters.

The last survey, in 2010, found just 786 of this critically endangered eastern gorilla sub-species, of which 480 were in Virunga.

"These numbers are truly remarkable, far exceeding our expectations, and are the result of a collaborative, three-country effort with governments and partners all playing an important role," Mike Cranfield, of charity Gorilla Doctors, said in a statement.

Partly because they are so rare, the mountain gorillas are a major source of tourist revenue for the three nations, and their habitat supports other rare species found nowhere else such as golden monkeys.

But they are under constant threat of encroachment by farmers in one of Africa&39;s most densely populated rural regions, and hunting for bush meat or bizarre trophies sold abroad.

Adding to Virunga&39;s woes, rangers banned tourists this month from entering the park during investigations into the kidnapping of two Britons by an armed militia.