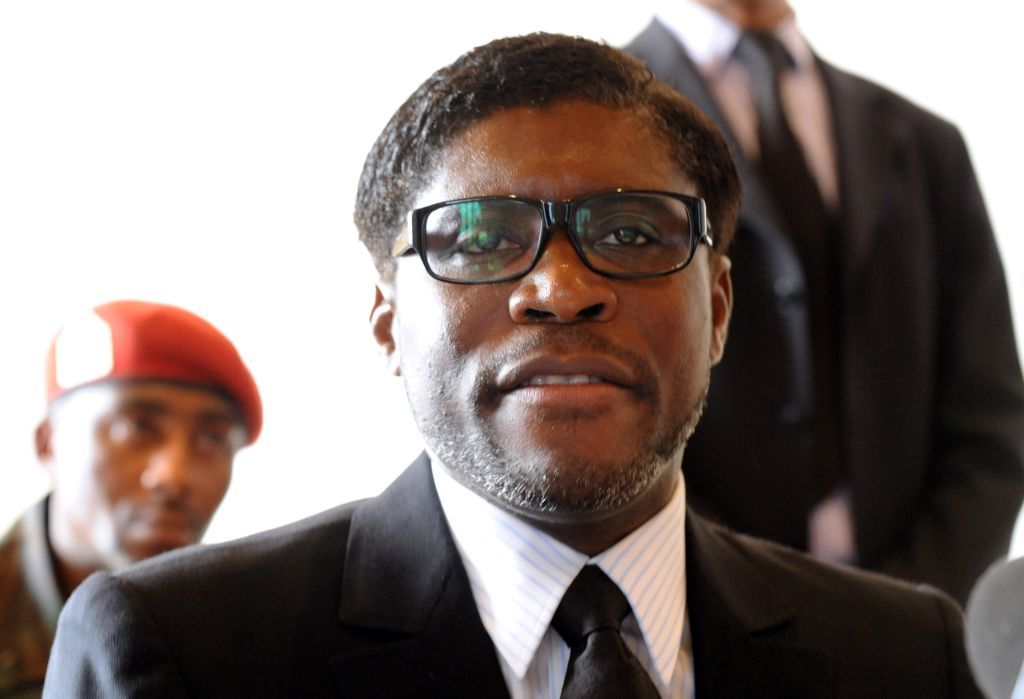 Teodoro (aka Teodorin) Nguema Obiang Mongue, son of the Equatorial Guinea President on January 24, 2012 in Mbini-Rio Benito, south of Bata.

PARIS - A French court handed down a three-year suspended jail term on Friday to the son of Equatorial Guinea&39;s leader, Teodorin Obiang, after a landmark graft trial that lifted the lid on his playboy Paris lifestyle.

The 48-year-old vice-president of the west African state, who was tried in absentia, was also given a suspended fine of 30 million euros (R455-million) by judges for embezzlement, money laundering, corruption and abuse of trust.

The case, which was spearheaded by two anti-corruption groups, is the first of three targeting families of African leaders accused of using ill-gotten gains to live it up in France.

Obiang, the son of Equatorial Guinea&39;s president of 38 years, Teodoro Obiang Nguema, was accused of spending more than 1,000 times his official annual salary on a six-storey townhouse in a posh part of the French capital, a fleet of fast cars and artworks, among other assets.

Prosecutors argued he could not have funded the purchases without pilfering public money in his west African homeland.

They had called for him to be given a three-year jail term and a 30 million-euro fine.

The court did not follow their recommendations on sentencing but did grant their request that his residence - which Equatorial Guinea protested was a diplomatic mission - and other assets be confiscated.

During his three-week trial in June and July, his lawyers accused France of "meddling in the affairs of a sovereign state".

The ruling is a victory for the French chapter of Transparency International France and its sister NGO Sherpa, which brought the complaint against Obiang.

"Every year billions of euros are embezzled to fund the profligate lifestyle of a few corrupt leaders abroad, particularly in France," Transparency International said in a statement ahead of the ruling, adding that it aimed "to ensure that France is no longer a place to launder money."

The families of two other long-serving African leaders - late Gabonese leader Omar Bongo and the Republic of Congo&39;s President Denis Sassou Nguesso - are also being investigated in France for corruption.

Obiang was agriculture and forestry minister before being promoted by his father to vice president in 2012, putting him in pole position to succeed him as leader when the post becomes vacant.

Many of his eye-popping purchases were made through Somagui Forestal, a forestry company that prosecutors called "an empty shell used solely to channel public money".

His tastes included sharp suits from Paris&39;s top tailors, whom he paid with suitcases of cash.

Obiang said the money came from legitimate sources and that all his purchases were legal.

The affair first made headlines in 2011 when French police raided Obiang&39;s mansion on the glitzy Avenue Foch in Paris, hiring trucks to haul away a fleet of Bugattis, Ferraris, a Rolls-Royce Phantom and other cars.

Investigators seized the property, which is valued at 107 million euros, a year later.

Equatorial Guinea argues that the building is a diplomatic building and therefore untouchable.

Obiang&39;s lawyers have referred the issue to the International Court of Justice in The Hague.