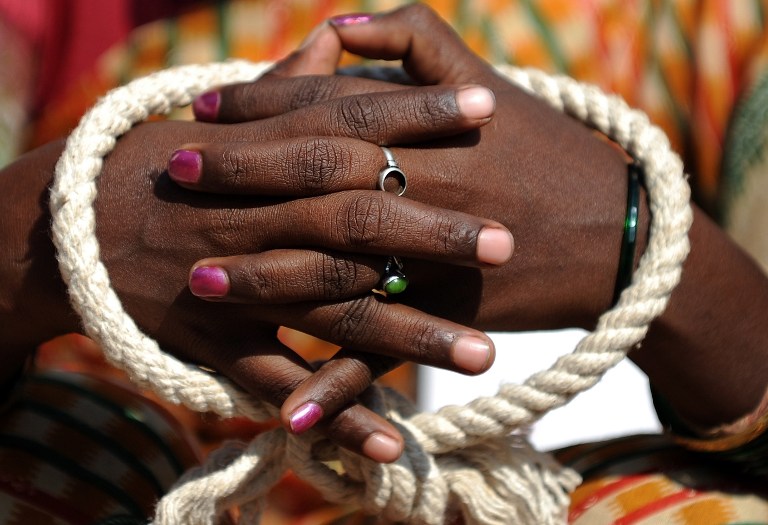 FILE: A 50-year-old Indian woman and her 85-year-old mother have been arrested on suspicion of illegal confinement and assault.

"This exodus, being pushed by illegal human traffickers, has created immense problems for the people of the nation, for the image of the country," foreign affairs spokesman Dina Mufti said.

Overseas employment agencies are ubiquitous in the country, and Dina said many agencies lure Ethiopians into working abroad illegally and in appalling conditions.

"It&39;s affecting a lot of youngsters who are pushed out, deceived by the human traffickers, that has created an immense socio-economic problem for the country," he said.

Ethiopia&39;s Ministry of Labour and Social Affairs said that 200,000 women left the country in 2012 seeking work, mainly in the Middle East.

In February, a video emerged online showing an Ethiopian maid in Lebanon being dragged by her hair in public by her employers. The female worker later killed herself in hospital.

Dina could not say how long the ban would be in place, only that the government was taking measures to address the issue.

"Until it is rectified... and there will be preparations for it," he said, adding that employment agencies operating illegally would be shut down.

With a population of 91 million, Ethiopia is Africa&39;s second most populous country after Nigeria, but also one of the continent&39;s poorest, with the majority of people earning less than two dollars per day.

The national unemployment rate is over 20%, according to the ILO, with more than 27% of females and 13% of males jobless.