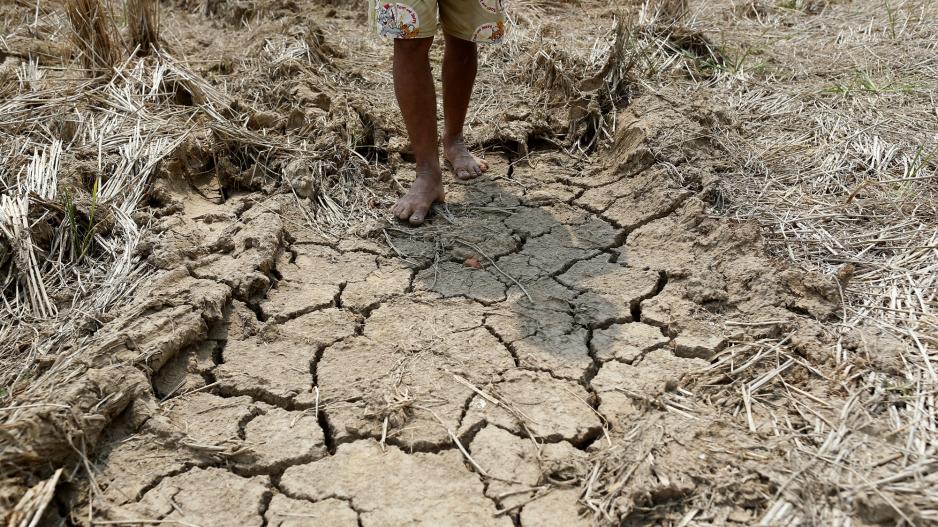 A Thai farmer walking with his bare feet on drought parched land after harvest at a rice paddy field in Chachoengsao province, Thailand.

ADDIS ABABA - The number of people in need of food aid in Ethiopia's drought-hit regions has surged to 7.7 million, some 2 million more than estimated earlier this year, state media reported on Friday.

The National Disaster Risk Management Commission said in January that failed rains would put 5.6 million people in need of emergency food this year in three of the country's nine regions: Oromia, Amhara and the Southern Nations, Nationalities and Peoples' Region.

Public relations director Ababe Zewdie told the state-run Ethiopian News Agency that cold snaps and localised flooding in some areas had further decimated what crops had managed to grow, causing the commission to revise its estimates upwards.

"Over $742-million (R9.6-billion) is needed to support the people affected by drought and more than 432,000 tons of additional food up until early July," the news agency reported.

Ethiopia is prone to droughts, and the lack of rains in the country's highlands forced 10.2 million people to seek food assistance last year.

The United Nations has warned that this year's drought in East Africa could lead to 17 million people going hungry across the region.