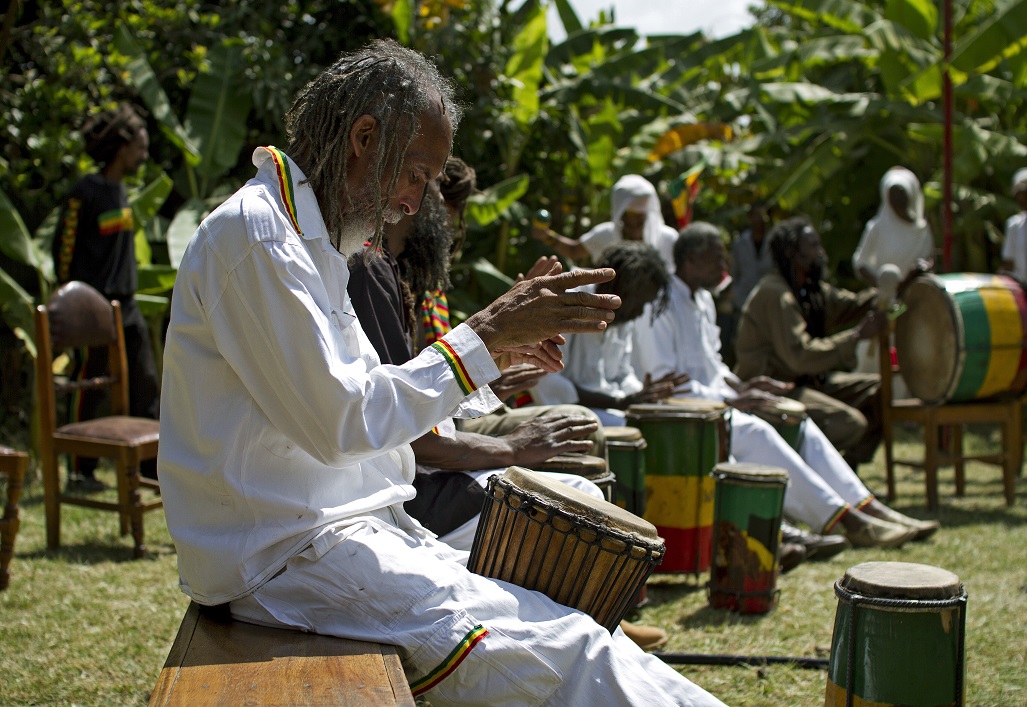 Rastafarians in Shashamane, Ethiopia on November 2, 2015.

NAIROBI - Ethiopia's foreign ministry is to issue identification cards to Rastafarians, granting rights to a community that has long complained of living in limbo in their "promised land".

Rastafarians began immigrating to Ethiopia in the 1950s after Emperor Haile Selassie, whom they consider their messiah, set aside 1,200 hectares of land in the southern city of Shashamane for descendants of African slaves seeking to return "home".

But the community shrank after Haile Selassie's overthrow and eventual murder in the 1970s.

Today the Rastafarian community in Shashamane numbers in the hundreds, but the religion's adherents complain that they can't own property, send their children to university or work because they're not Ethiopian citizens.

Many have also turned their backs on their home countries by not renewing their passports, leaving them stateless.

Foreign ministry spokesman Meles Alem told AFP Rastafarians would now be eligible to receive ID cards that will allow them to reside and have most legal rights in the country.

However, while this card allows them residency they are still not considered citizens.

"There were questions for them to recognise their presence in the country, so that is what the government did," Meles said.

Under the revised guidelines, the cards will also be available to foreigners who have contributed to the country's development and to Israelis of Ethiopian descent, Meles said.