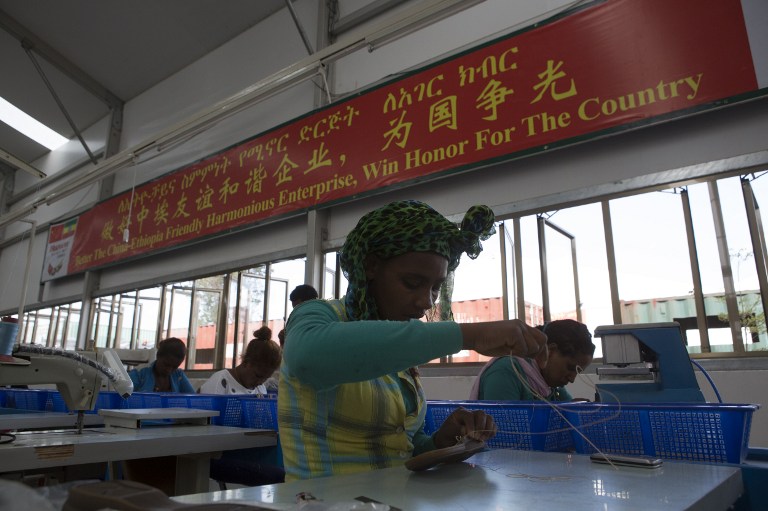 8 October: Ethiopian workers inside the Huajian shoe factory on the outskirts of Addis Ababa.

ADDIS ABABA  – A new programme to promote youth and women entrepreneurship has been launched in Ethiopia.

In a bid to reinforce an entrepreneurial ecosystem, the Ethiopian government teamed up with the United Nations Industrial Development Organisation (UNIDO) and the Italian Agency for Development Cooperation (AICS) to launched Youth and Women Entrepreneurship Promotion (YoWEP) in Ethiopia.

The project foresees youth and women entrepreneurship promotion in Ethiopia to support the government in its effort to achieve its objectives of improving the opportunities of productive work for youth and women through creating small and medium enterprises and developing strategic industrial sectors such as agro-food, leather and leather products and textiles.

“We believe that this project constitutes an important contribution to remove restrictions and to create space for women and girls to participate in and shape the development of their society”, Andreas Melan, the Austrian ambassador to Ethiopia said.

According to the Melan, more than one million young people enter the Ethiopian labour market every year.

Through enabling young talented entrepreneurs to grow, jobs are not only created for them but also for others.

“The talent is there, finance is available, and know-how is there. We only need to bring it together and we have to create the conditions to unleash this potential”, he further asserts.

The project which aims to support 120 entrepreneurs has a budget of 900,000 euros over three years.

“The YoWEP project aims to support the effort of the government addressing the challenges of unemployment among youth and women and the consequent economically driven migration”, Li Yong, director general of UNIDO said.

The majority of Ethiopia’s population is under the age of 24, and population dynamics have shown a doubling in the total labour force over the last two decades. And although GDP growth has been promising, it has not translated into job opportunities needed for the present workforce as well as for the bulge of youth entering the workforce in the coming years.

Overall, women’s participation in the industrial sector accounts for only 27.9 percent whereas women represent 60 percent of those engaged in the informal sector.

Despite considerable efforts by the government, access to finance remains the a dominant hindrance in allowing Ethiopia’s youth and women to reach their full potential to contribute as entrepreneurs to social and economic development, says Laura Frigenti, the director of the Italian Agency for Development Cooperation (AICS).