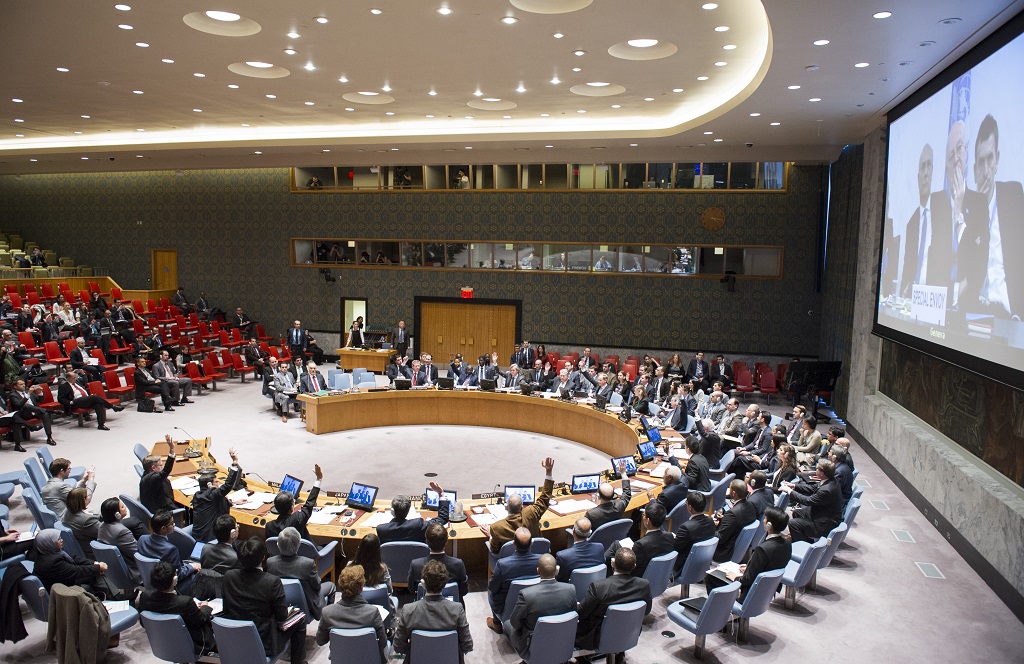 The United Nations Security Councilunanimously adopts resolutions endorsing the cessation of hostilities in Syria, at the UN headquarters in New York on 26 February 2016.

ADDIS ABABA – As a non-permanent member of the United Nations Security Council Ethiopia will push for reform to give Africa two permanent seats on the council, according to Ethiopian Foreign Affairs Minister Terdos Adhanom.

Ethiopia held a non-permanent  member seat twice 26 years ago. This time would be different as the world had changed and Ethiopia would work to address African matters and influence in the council, Adhanom said.

More than three-quarters of the council&39;s engagements are on African affairs but the 54-nation continent has a representation of only three non-permanent members without veto power on the council.

Africa was not well represented and the five permanent members of the council had great influence on which African countries should represent the continent on the council.

“As also a member of the African Union (AU) we will develop a strategy and approach that deepens, strengthens, and promotes African unity and solidarity to show the council and the world,” he told African News Agency on his arrival home from New York.

In 2005 the AU adopted "the common position on the proposed reform of the United Nations", which was commonly known as "the Ezulwini Consensus". The consensus advocated that Africa be fully represented in all UN organs, specifically the Security Council. This meant that the continent should be granted no fewer than two permanent seats, with all privileges including veto power, and an additional five non-permanent member seats.

Adhanom said the council reflected only the realities of the end of World War 2 because the victors of the war designed all UN structures and the council was based on their interests.

“We believe that it has to change … and many of the problems we see could be a result of this structure which … does not reflect the realities we have now.

Ethiopia would also work to prevent conflict and address security problems. Terrorism knew no borders and struck almost all corners of the world.

“I think [a] well-concerted and co-ordinated effort is necessary to fight terrorism and, from our experience in this part of the world, we believe that we will contribute to fighting terrorism,” he said.