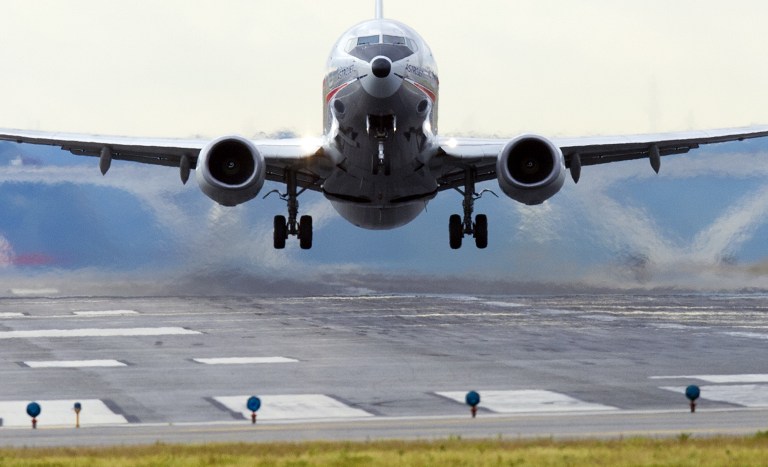 File: A passenger jet crashed on landing in the Russian city of Kazan on Sunday.

ARUSHA - An Ethiopian Airlines jet got stuck at a small airport in northern Tanzania, after it made an unscheduled landing there, an AFP journalist and aviation sources said on Thursday.

Arusha airport is normally used only for smaller aircraft on domestic flights and light aircraft chartered for trips to game parks.

The 213 passengers and the crew members on board the Boeing 767 were all able to disembark safely but the front of the aircraft overshot the end of the runway, its wheels getting stuck in soft earth.

By Thursday evening the aircraft had been removed but normal operations have yet to resume at the airport.

The aircraft had left Addis Ababa&39;s Bole airport and was heading for Zanzibar. It was supposed to make a stop at Kilimanjaro international airport, some 50 kilometres (30 miles) from Arusha municipal airport.

Ethiopian Airlines said the flight had been unable to land at Kilimanjaro because because of another plane blocking the runway, a version contested by Tanzania&39;s aviation authorities.

"Ethiopian Airlines Flight ET 815 (on) 18 December 2013 on a scheduled flight from Addis Ababa to Kilimanjaro was unable to land at Kilimanjaro Airport due to a disabled light aircraft on the runway," the company said.

"While landing at Arusha Airport, its nose gear slightly went off the runway. All passengers and crew de-planed safely," it went on.

An official at Kilimanjaro however said the airport had functioned normally all day and said the Ethiopian Airlines statement was "incorrect".

A regional aviation source attributed the unscheduled landing to a pilot error, saying the aircraft had been cleared to land at Kilimanjaro and instead came in to Arusha municipal airport.

Precision Air, a Tanzanian regional carrier, has diverted its flights that normally land in Arusha to Kilimanjaro and is ferrying passengers into town by bus.

An official said the company planned to resume using Arusha on December 24.

"The Boeing has been removed but I think they are doing something to the runway," the Precision Air official said.

An official at Arusha told AFP earlier Thursday that small turboprop aircraft were still able to land and take off.