Etienne Tshisekedi insists on having elections by end of 2016 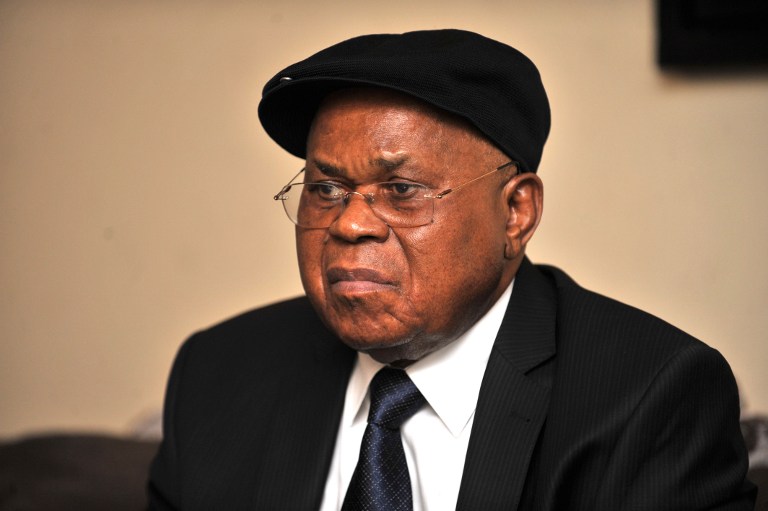 tienne Tshisekedi an opposition politician who leads the Union for Democracy and Social Progress (UDPS), photographed in his home in Kinshasa on October 13, 2012.

KINSHASA – Congo&39;s opposition leader on Sunday called for elections to be held this year, at a rally of tens of thousands of supporters, and demanded President Joseph Kabila step down as scheduled on December 20.

Tensions have been growing in mineral-rich but troubled Democratic Republic of Congo over fears that Kabila, in power since 2001, may try to extend his rule with a third term, beyond the constitutional maximum of two.

In a fiery speech in Kinshasa, Etienne Tshisekedi warned him not to try, saying it would be "high treason" if the electoral process were not launched on schedule in September.

After a two-year absence due to ill-health, Tshisekedi, 83, returned Wednesday to the Democratic Republic of Congo to a warm welcome from supporters.

He told the rally that September 19 was the "first red line which must not be crossed".

"The electoral body must be convened (by that date) for the presidential election. If it is not, high treason will be proved in the person of Mr Kabila, who will take responsibility for the misery of the Congolese people," Tshisekedi said.

"From that moment, his three-month notice period on the presidential palace begins. On December 19 the notice expires and on the 20th the house must be free," he added, to rousing cheers.

An immensely popular figure who emerged as a leading dissenting voice as far back as the 1980s, when he was a critic of strongman Mobutu Sese Seko, Tshisekedi recently accomplished the rare feat of uniting the Congolese opposition.

DR Congo&39;s opposition has never before managed to forge a common front against Kabila, who beat Tshisekedi in the last presidential election in 2011.

Last month, another leading light of the opposition, Moise Katumbi, was sentenced in absentia to three years in jail for property fraud.

The presiding judge in the case has since claimed she was pressured by the authorities into signing off on a guilty verdict, to ensure Katumbi would be ineligible to run for office, according to a letter seen by AFP.

Tshisekedi travelled to the rally in an open jeep escorted by a swarm of motorbikes along a route thronged with supporters and draped with the flags of various opposition parties.

One group of youths carried a coffin daubed with anti-Kabila slogans.

At the rally itself, opposition supporters waved banners reading "Change is now," and "No dialogue without the release of political prisoners."

"We voted for Tshisekedi in 2011 but still the international community imposed Kabila on us," said one supporter who gave his name only as Martin.

Talk of Kabila hanging on beyond the expiry of his second term on December 20 has whipped up fresh tension in the country of 71 million people.

Protests erupted after the Constitutional Court ruled in May that Kabila, who took power after his father&39;s assassination, could remain in office in a caretaker capacity beyond the end of the mandate.

The government has called for a "national dialogue" and former Togo Premier Edem Kodjo has been named by the African Union as the talks&39; "facilitator."

Opposition groups had shunned the talks, seeing them as a trap, but several leaders appearing with Tshisekedi on Sunday gave them the thumbs up, on certain conditions including the release of political prisoners.

Tshisekedi also called for "an end to arbitrary judicial cases against opposition leaders like Moise Katumbi and Martin Fayulu".

He told the crowd the Congolese would bid farewell to Kabila on December 20 and "inaugurate a new era" in a country plagued for decades by poverty, corruption and war.

On Wednesday former Katanga governor Katumbi, who is currently abroad, welcomed Tshisekedi&39;s return, saying in a tweet "Happy to see Pdt Tshisekedi back in DRC!"