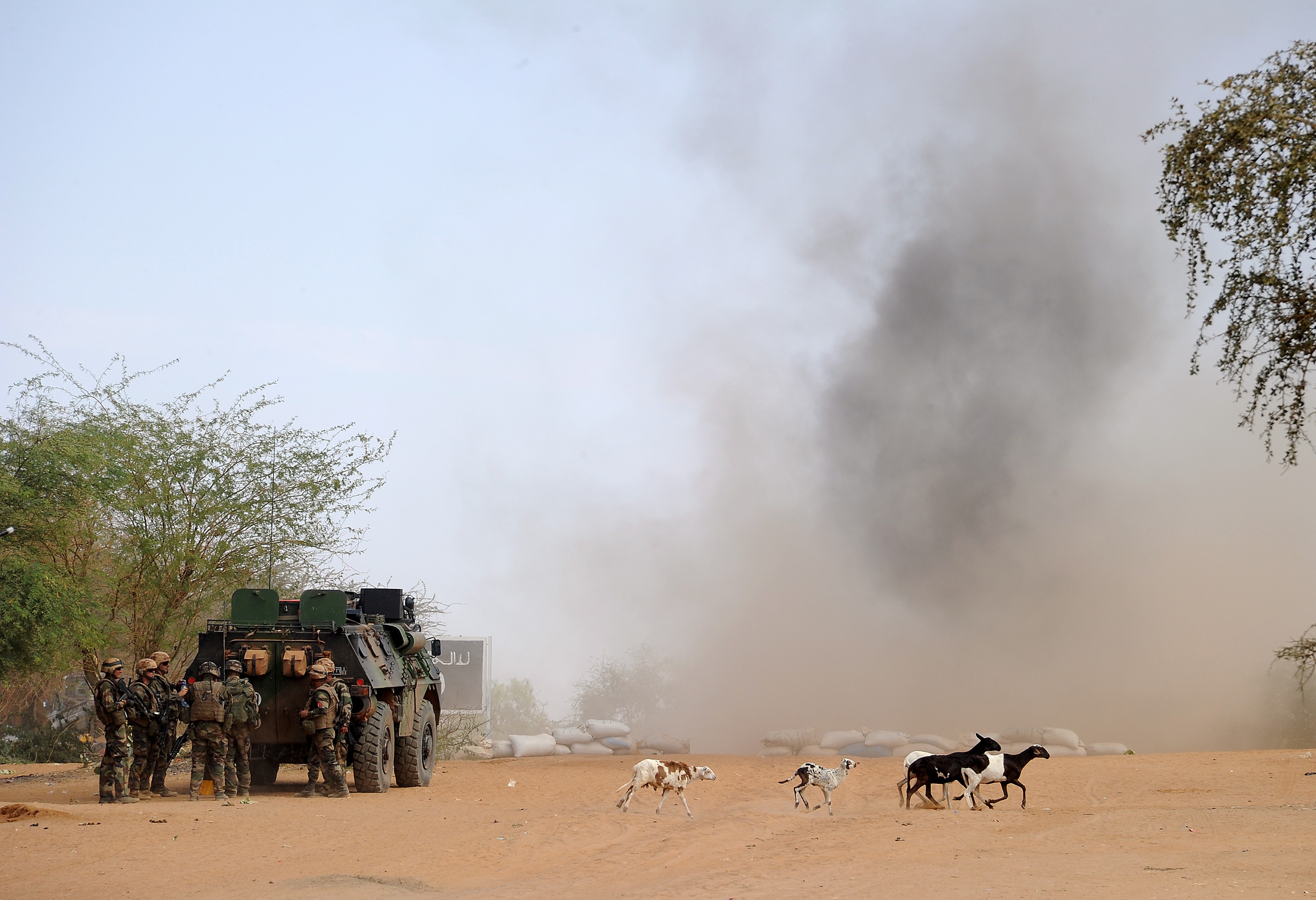 French soldiers explode land mines at the site where a suicide bomber blew himself up on February 10, 2013 in northern Gao on the road to Gourem.

BAMAKO – The military leader of a former Islamist rebellion in northern Mali was killed Saturday by a mine explosion in Kidal in the country's north, military and ex-rebel sources said.

Cheikh Ag Aoussa's car "was hit by a mine and he died on the spot" after he left the office of the UN's MINUSMA mission, according to an African military source who is part of the deployment.

"He was attending a meeting, then as he went to go home he was accidentally killed," the source added.

The former rebel Coordination of Azawad Movements (CMA), which controls Kidal, confirmed his death and called for an "independent inquiry".

"Among the theories, there is that of an attack and a car bombing," CMA member Mohamed Ag Oussene told AFP.

An official in Kidal also said Aoussa was killed by a mine.

A Tuareg from the Ifoghas tribe, Aoussa was the number two in the High Council for the Unity of Azawad (HCUA), one of a myriad of armed groups in northern Mali.

The HCUA was formed mainly by dissident elements of al-Qaeda-linked Ansar Dine (Defenders of Faith), one of the jihadist groups that occupied parts of northern Mali in 2012, throwing the country into chaos.

Aoussa had joined Ansar Dine as the rebellion broke out and served as right-hand man to its leader Iyad Ag Ghaly.

He broke away in 2013, just after the French-led intervention to halt the jihadists' onslaught, to join a different group that would later become the HCUA.

Mali last year concluded a peace deal between the government, its armed proxies, and Tuareg-led rebels who have launched several uprisings since the 1960s. The deal's implementation has been patchy.