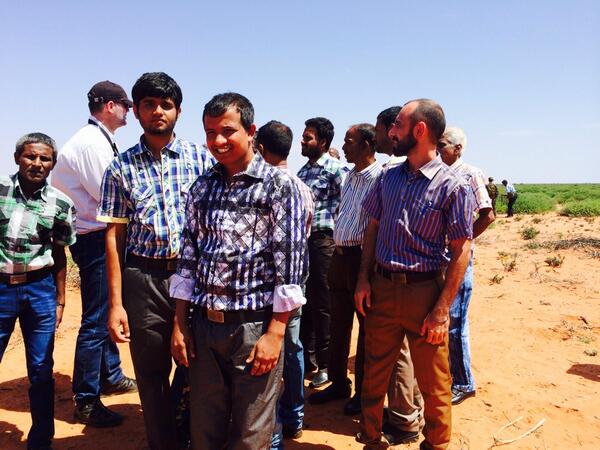 Crew of the MV Albedo have safely arrived in Kenya to be repatriated to their home countries. The men from India, Iran, Bangladesh and Sri Lanka have been held by armed Somali pirates since 12 November, 2010.

NAIROBI - United Nations Office on Drugs and Crime (UNODC) Hostage Support Programme has brought 11 survivors of the MV Albedo crew safely to Kenya to be repatriated to their home countries.
The crew from India, Iran, Bangladesh and Sri Lanka have been held by armed Somali pirates since 12 November, 2010.  The MV Albedo sank during the night of Saturday 6 July 2013 following significant mechanical and structural issues, and coupled with bad weather sank off the Somali coast.
The surviving crew of the MV Albedo have been held on shore inside Somalia since then.
Working closely with the charity, Maritime Piracy a Humanitarian Response to Piracy (MPHRP), maritime NGOs and with the Regional Somali administration of Galmudug we are happy to announce the safe release and recovery of the crew today. The crew members can be considered to be forgotten hostages, where their own countries or company won&39;t pay for their ransom.
The crew has been flown to Nairobi accompanied by staff from the UN Hostage Support Programme on a UN Humanitarian Air Service Aircraft. eNCA had the priviledge to accompany the rescue mission to Somalia and back.
Unfortunately there are still 4 crew un accounted for out of the 15 members aboard the MV Albedo.

For the full story, watch eNCA tonight on channel 403