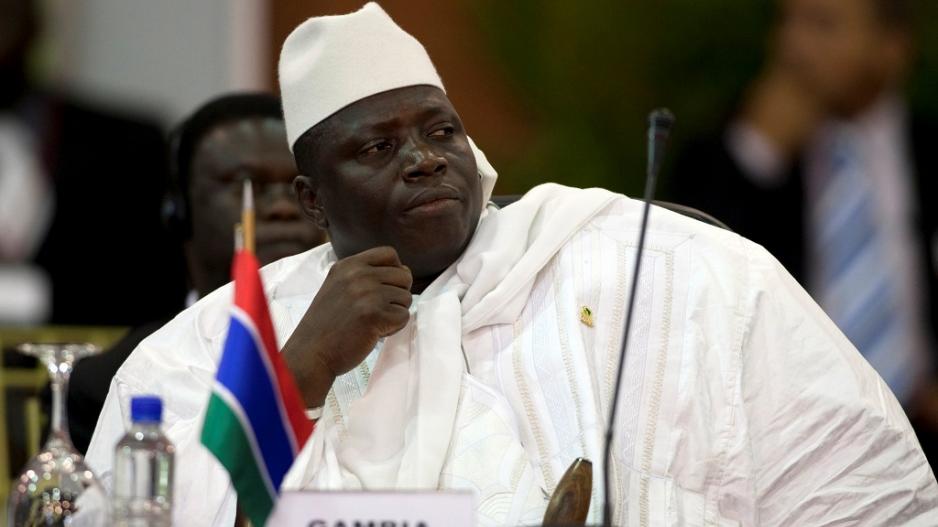 BANJUL - The bodies of three Gambian coup plotters, including a former US war veteran, have been found using intelligence from members of former leader Yahya Jammeh's death squad, police told AFP on Saturday.

Colonel Lamin Sanneh, who served in Jammeh's presidential guard, Alagie Nyass and Njaga Jagne, who served in Iraq for the United States' army, were among those who mounted an attempt to overthrow the former president in December 2014.

All three men were known to have been killed in the immediate aftermath of the coup attempt, but the full circumstances of their deaths were unclear until now.

Members of Jammeh's ultra-loyal death squad, known as the "Junglers", have long been accused of carrying out extrajudicial killings and torture by the UN and rights groups.

"They were buried in a military firing range in Tintinto around President Yahya Jammeh's home village of Kanilai," the source added.

The source added that the Junglers themselves were cooperating with the authorities and had led them to the site, as the interior ministry investigates a litany of unsolved disappearances.

Families say those disappearances are linked to arrests by The Gambia's notorious security services, which were at one time under Jammeh's personal control.

"The investigators were led to this site by members of President Yahya Jammeh's killing squad... The remains were exhumed in the presence of police, military and family members of the victims," the source said, adding forensic tests would be carried out in the coming weeks.

Jammeh defied international calls for investigation into the circumstances leading to the men's deaths following the coup attempt and the authorities declined requests to hand over their remains to their families for burial.

Six other men were convicted and sentenced by a military court in April 2015 in connection with the attempted power grab, with three given death sentences.

President Adama Barrow, who defeated Jammeh in the polls in December to oust him from power after 22 years, pardoned the convicted coup plotters last month and reintegrated them into the army.

Jammeh fended off several attempted coups after coming to power in 1994 via the same method, and is now living in exile in Equatorial Guinea.