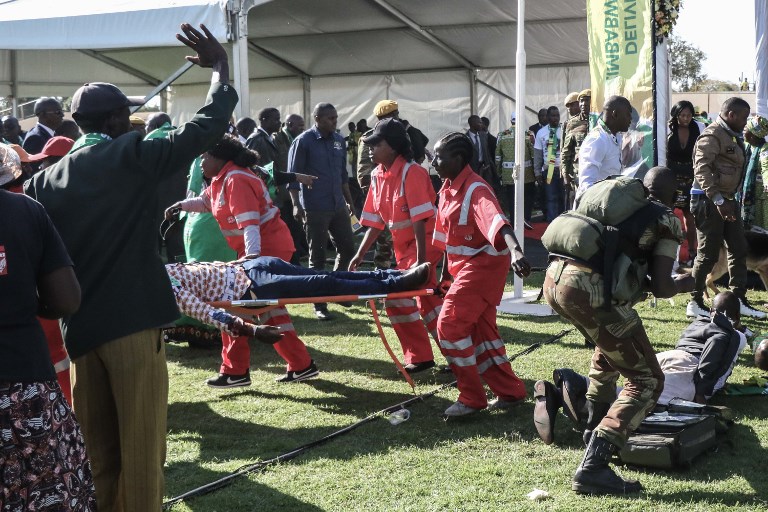 Injured people are evacuated after an explosion at the stadium in Bulawayo where Zimbabwe President just addressed a rally on June 23, 2018.

Several people have been injured.

This afternoon, as we were leaving a wonderful rally in Bulawayo, there was an explosion on the stage. Several people were affected by the blast, and I have already been to visit them in the hospital.

Mnangagwa is safe and was taken to the state house.

While we await further information, my thoughts and prayers are with all those affected by this senseless act of violence. The campaign has been conducted in a free and peaceful environment, and we will not allow this cowardly act to get in our way as we move towards elections.

"We are still to get information on what exactly happened as we understand that some people could have been injured as this happened in the VIP tent."

National Police spokeswoman Charity Charamba said she did not have details on the incident.