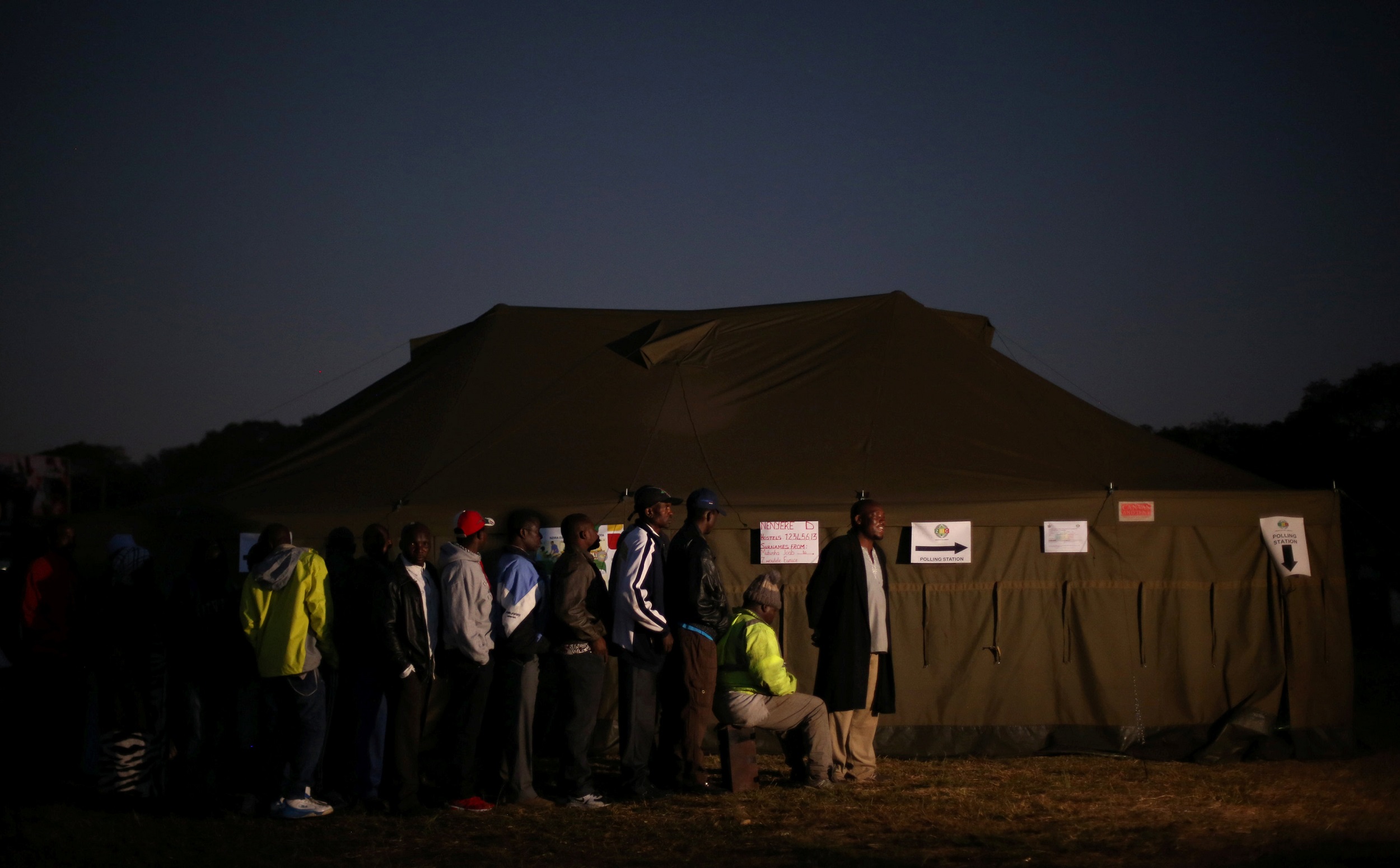 Zimbabwean voters queue to cast their ballots in the country's general elections in Harare.

Below are five facts about the voting:

* Zimbabwe has 5.7 million registered voters who are expected to cast their ballots at 10,985 polling stations dotted around the southern African nation.

* Voters directly elect a president, 210 members of parliament and more than 9,000 councillors. Sixty women will be appointed through proportional representation to the House of Assembly while 60 people will be appointed in the upper Senate chamber via the same system.

* Voting starts at 7am and ends at 7pm. Vote tallying and counting starts immediately after the close of polls and results for council, parliament and president are posted outside each polling station.

* The Zimbabwe Electoral Commission (ZEC) will announce winners for parliament in their constituencies, while results for president will be announced at the commission&39;s headquarters in Harare within five days of voting.

* A presidential candidate requires 50 percent plus one vote for an outright win. If no candidate gets that, a runoff will be held on 8 September between the top two contestants.