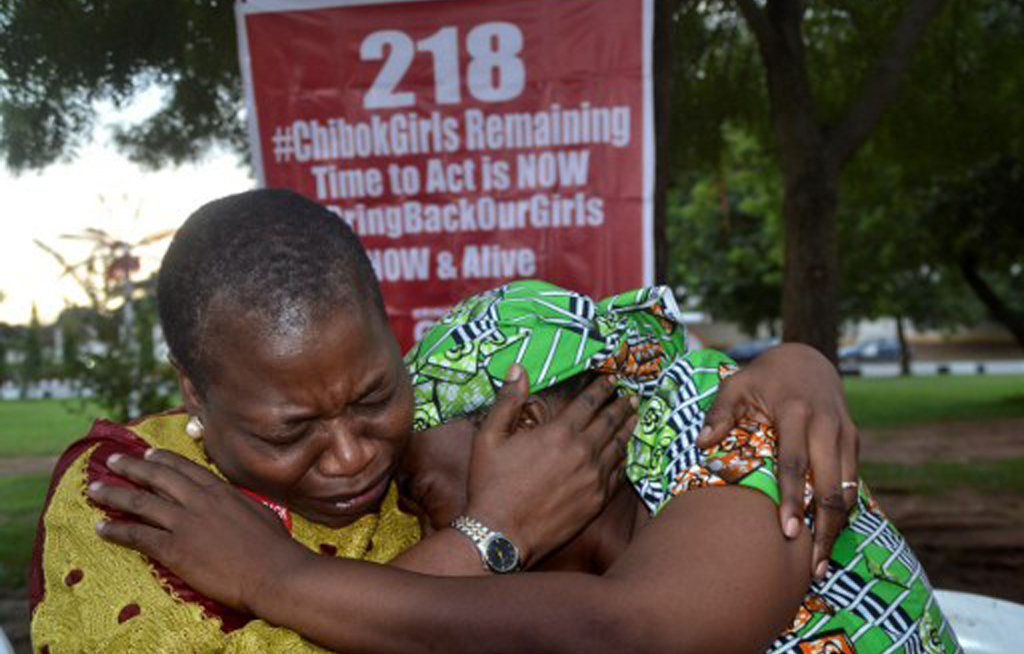 The coordinator of Bring Back our Girls, Prof. Obby Ezekwesili (L), cries while trying to console Esther Yakubu, the mother of Dorcas Yakubu (not pictured), the girl that appeared in a video released by Boko Haram.

ABUJA - The father of one of the Nigerian schoolgirls kidnapped from the remote area of Chibok more than two years ago said he recognised his daughter in a video released by Boko Haram on Sunday.

A spokesperson for the Bring Back Our Girls movement, set up to demand the return of 276 schoolgirls kidnapped in April 2014, said he was "certain" of the identities of 10 other girls seen in the footage.

"When I heard her voice, I realised she is my daughter," Kanu Yakubu told reporters in Abuja.

He was referring to Maida Yakubu, whom he identifies as the girl seen in the video choking back her tears as she describes an air strike by the Nigerian armed forces.

The girl speaks in the Chibok dialect.

Bring Back Our Girls spokesperson Abubakar Abdullahi earlier on Sunday said at least one of the girls had been recognised by a member of the movement.

The number of girls identified from the video has now risen significantly, he said.

"We&39;re certain that these are the Chibok girls," Abdullahi told AFP.

"We recognise up to 10 from the video," Abdullahi said, adding that he is waiting for confirmation from the Nigerian government and parents of the girls before releasing any more names.

The video shows a masked man holding an assault rifle and dressed in military clothing.

In the background, several girls wearing Islamic clothing look visibly distressed and dab their eyes. One is holding a small baby.