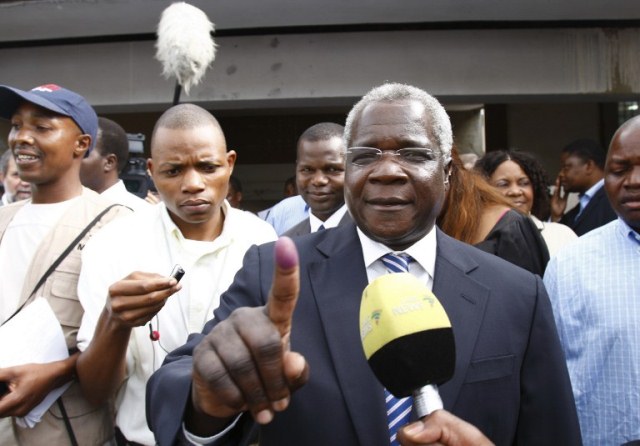 JOHANNESBURG -  Mozambique security forces began an attack on the bush headquarters of opposition Renamo leader Afonso Dhlakama in the centre of the country this week, an analyst said.

There are fears that their aim may be to kill Dhlakama, which would affect the “Savimbi option” evidently favoured by hawks in the Frelimo government. This refers to the Angolan government’s hunting down and killing of its archenemy Unita leader Jonas Savimbi in 2002.

Cambridge University political scientist Justin Pearce said there were hawks in Frelimo who would love to “put a bullet through Dhlakama’s brain” but so far they seemed to have been constrained by others in the governing party who were more mindful of the views of donor countries on whom Mozambique was far more dependent than is oil-rich Angola.

Speaking at the Institute for Security Studies (ISS) in Pretoria this week, Pearce said Frelimo was following a dual strategy of countering Renamo, both militarily and politically, through negotiations.

109 attacks attributed to RENAMO have been recorded in Mozambique in 9 months https://t.co/aTa6dxGEPj

@FranciscoCumbe3 Renamo @IvoneSoares Frelimo - If it was not for Renamo, this Mozambique would have become a personal property for Frelimo

The civil war between Frelimo and Renamo ended in 1992 with the Rome Acccord and Renamo became a political party that now has several MPs in Parliament.

But Dhlakama himself and some of his ex-combatants retreated to his military hideout at Satungira in the Gorongosa national park in the central state of Sofala in 2012 after military clashes with government forces.

After 20 years of peace, Dhlakama and Renamo have now returned to low-level warfare because they accuse Frelimo of frustrating Renamo’s political ambitions by rigging elections, failing to completely honour the Rome Accord, and marginalising the central and northern provinces where Renamo is strongest.

Recently Renamo resumed ambushes on vehicles travelling through Sofala province on the main EN1 south-north artery and on trains.

Negotiations between Frelimo and Renamo mediated by civil society to end the fighting have gone nowhere and recently Mozambican President Filipe Nyusi agreed to Renamo’s demand to invite international mediators, including South African President Jacob Zuma, the Catholic church, and the European Union. It is not yet clear if any of them have accepted.

Pearce recently returned from conducting research in Mozambique and among Mozambican refugees in neighbouring Malawi who have fled from the fighting, about the resumption of war.

Tracing the origins of the current conflict, he said Dhlakama had moved from Maputo to the northeastern city of Nampula in 2009 because of his dissatisfaction with the political route.

In 2012, after clashes between Dhlakama’s men and security forces in Nampula, Dhlakama retreated even further to Satungira.

In February and March 2013 further violence erupted between Renamo’s former combatants in Nkondedzi in Tete province near the Malawi border, and further south in Muxungue in Sofala province, southwest of the central port city of Beira.

READ: Mozambique&39;s Renamo: four decades on the losing side

In April 2013, the conflict began to escalate after security forces dispersed a gathering of unarmed Renamo men in Muxungue with teargas.

The Renamo men retaliated the next day, attacking security forces and killing several of them. The Renamo men then retreated into the bush. Later that year they began ambushes on the EN1 highway, causing some civilian casualties although the main targets seemed to be security forces, Pearce said.

Frelimo and Renamo reached an uneasy truce before the 2014 elections, largely because Frelimo agreed to allow Renamo representation on the supposedly non-political independent electoral commission which Dhlakama had claimed was biased to government.

Dhlakama and Renamo both did significantly better in the elections than in the previous ones in 2009, the party rising from 51 to 89 seats in the 250-seat Parliament while Dhlakama increased his share of the presidential vote from 16 percent to 37 percent.

But still Frelimo and its new presidential candidate Nyusi won both elections and so Dhlakama again cried foul, as he had done after every election.

After this poll, signs emerged that Frelimo might be taking a harder line against him. On September 25 2015 Dhlakama was ambushed near Chimoio but managed to escape.

On October 9 2015 Dhlakama was lured to Beira with the promise of peace talks. Instead his house was surrounded by riot police. Again he managed to flee, now convinced the government was trying to assassinate him.

This was a turning point in the conflict, Pearce said. From then government troops had been conducting intense counter-insurgency operations in Renamo territory. From his interviews in Malawi  and Mozambique, he obtained a picture of this counter-insurgency.

The government army was sending troops to do battle with Renamo. On retreat they were attacking civilians, summarily executing some of those suspected of supporting Renamo, burning houses, sometimes with people still inside, torching grain storage to deny food to Renamo, raping both men and women, and capturing and interrogating people, some of whom were never seen again, and attacking small traders suspected of supplying Renamo.

Attacks attributed to Renamo were fewer and more targeted against Frelimo officials, including a Frelimo chief who was killed and a pregnant Frelimo local secretary who was abducted and never seen again, presumed to be dead.

Meanwhile, in the stalled negotiations in Maputo Renamo was making the same basic demands as before. One was for Frelimo to honour the Rome Accord agreement that the two parties should have an equal say in appointing officers in the armed forces.

Renamo claims Frelimo is increasingly ignoring this agreement. Renamo is also demanding more electoral reform. And it is demanding provincial autonomy. Renamo enjoys majority support in all the central and northern provinces and believes it should govern there. But Frelimo fears that would create a power and patronage base for Renamo and is refusing to budge.

Pearce said this was Frelimo’s strongest non-negotiable. It was also the inherent cause of the conflict. The Rome Accord had allowed Dhlakama to maintain an armed bodyguard. It had stipulated that his fighters should be integrated into the police force. This had not happened but they remained as a force under his command.

By contrast, the Rome Accord produced a very centralised, winner-takes-all political system with no devolution of powers from the national government to the provinces. This imbalance between military devolution and political centralisation was a “toxic combination” which was fuelling the tension and conflict, Pearce said.