Fears that Zim elections won't be free and fair resurface 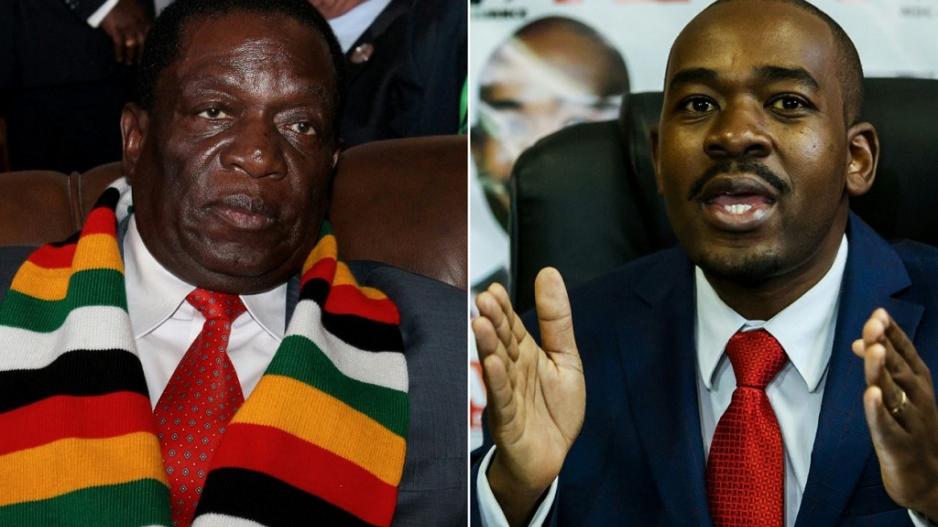 File: Incumbent President Emmerson Mnangagwa has only a narrow lead over opposition leader Nelson Chamisa ahead of Zimbabwe's landmark elections on July 30, according to a poll released on July 20, 2018.

JOHANNESBURG – Fears that the Zimbabwean elections will not be free and fair have once again surfaced.

As parties hold their final rallies on Saturday there are still fears from Civil society organisation that the elections will not be free, fair and credible ad voters are being intimidated.

The groups have been monitoring the run-up to the elections.

About 5, 5 million people are registered for next week’s historic elections in Zimbabwe.

“People are worried that the voters roll was not cleaned and it doesn’t look well for the elections to be free and fair,” Prince Abenge of the Peace and Repression Monitor said.

“The printing of ballot papers is also an issue, opposition feel that there wasn’t enough transparency, the staff of Zimbabwe Electoral Commission (ZEC) itself come from a military background and can’t be objective because many of them support ZANU PF. There is also a worry about traditional leaders who are deemed to be too close to the ruling party that they will influence the electoral process in rural areas”

But that’s not all the monitors found. They say that there is silence intimidation in the country even though there is no violence. They believe that the military being on the ground and being visible is intimidation itself and people do not feel free.

“People … said they will vote for Zanu because they don’t want to see what happened into 2008…just to keep safe,” said Pretty Mncube of the Zimbabwe Solidary Forum.

The groups have reported their observations and are calling for action.

They say urgent action is required to stop the intimidation and ensure safe, free and fair elections.