Fed-up MH370 families to hunt for debris in Madagascar 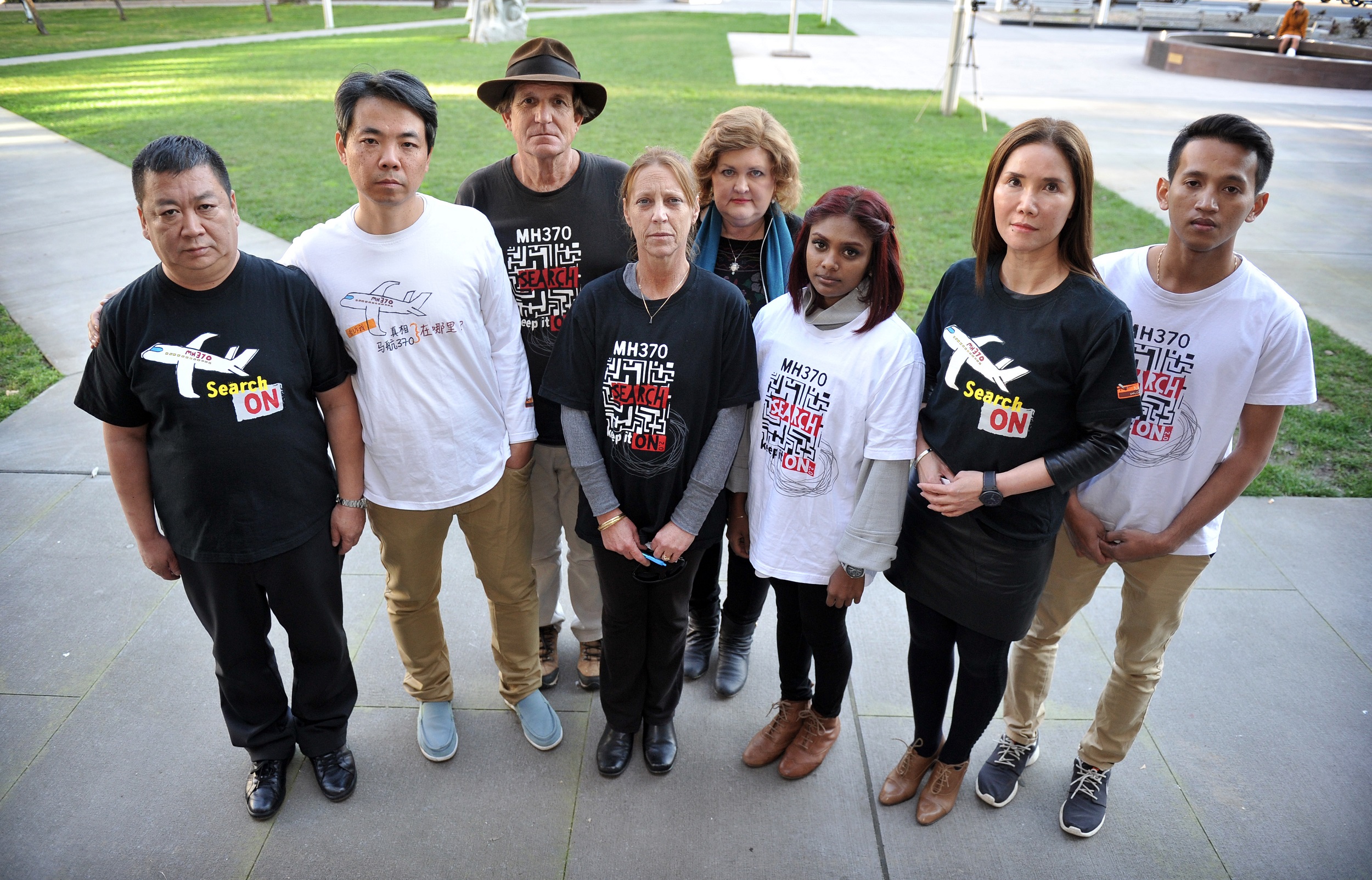 Relatives of victims from Malaysia Airlines flight MH370 which disappeared in 2014 with US amateur investigator Blaine Gibson and relatives and support group members. Relatives will travel to Madagascar next month.

KUALA LUMPUR - Relatives of MH370 passengers will travel to Madagascar next month in hopes of re-kindling efforts to find and recover seaborne debris from the ill-fated Malaysia Airlines jet, next-of-kin association Voice370 said on Monday.

The Boeing 777 jet was carrying 239 passengers and crew when it disappeared en route from Kuala Lumpur to Beijing on 8 March 2014.

It is believed to have crashed into the Indian Ocean, but an extensive deep-sea hunt off Australia's west coast has so far failed to find a single piece of debris from the plane, with the search set to end by early 2017.

Voice370 has repeatedly complained about the lack of a coordinated search in the western Indian Ocean and along the African coast despite the recovery there of several pieces of debris which were either confirmed or declared highly likely to have come from MH370.

"Despite these hugely important finds, there has been no systematic, organised search by any responsible party," a statement by the group said.

"This leaves the NOKs no other choice except to take it upon ourselves to do something to find answers and closure."

Seven Voice370 next-of-kin will visit Madagascar to raise awareness, urge search efforts by local organisations and the public, and look for debris themselves.

Many families are sceptical the right area is being searched, and Voice370 has previously called for a full public re-examination of satellite data that was used to determine the site of the suspected crash.

The scattered seaborne fragments of MH370 found closer to Africa confirmed the plane went down but have shed no light on what caused the jumbo jet to inexplicably divert off-course.

The first piece of debris found from MH370 -- a two-metre wing part known as a flaperon -- washed up on the French Indian Ocean island of Reunion in July 2015.

Since then a range of debris linked to the flight has been found along western Indian Ocean shorelines.

Amateur investigator, Blaine Gibson, a lawyer from Seattle who has travelled the world trying to solve the MH370 mystery, has also recovered other possible MH370 debris, but authorities have yet to confirm if any of the pieces belong to the missing plane.

A report released this month by the Australian Transport Safety Bureau, which is leading the search, said the plane was likely out of control when it plunged into the ocean with its wing flaps not prepared for landing, casting doubt on theories a pilot was still in charge.