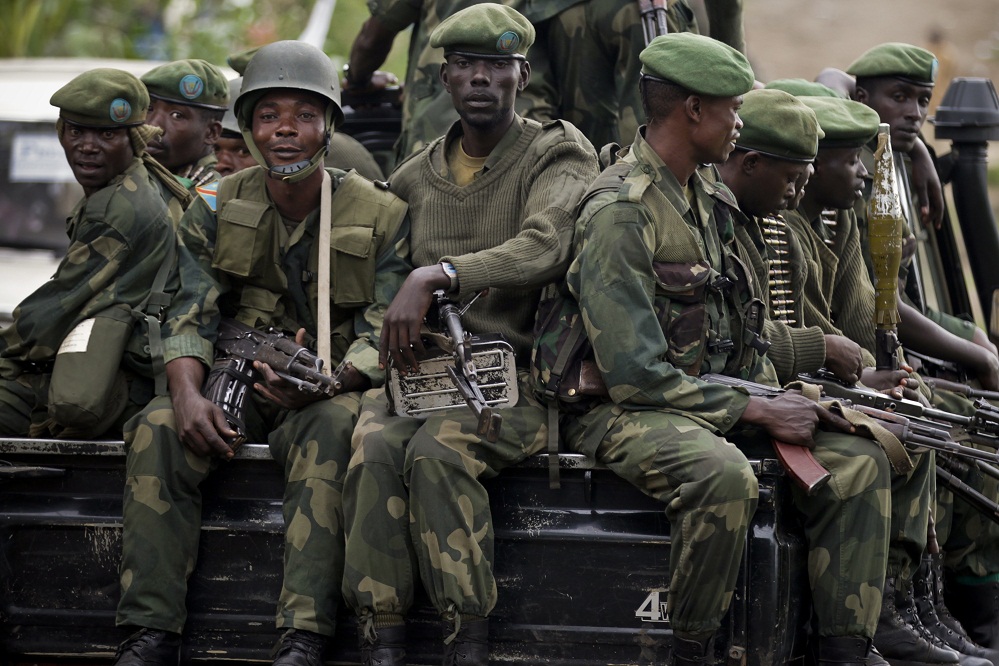 Congolese government soldiers aboard a pick up truck leave their headquarters to escort Lieutenant General Olenga Francois in the town of Minova, some 45km from the provincial capital Goma, Democratic Republic of Congo, 25 November 2012.

MAYOYAO - Five civilians and three soldiers were killed in an attack by rebels on a Congolese army camp near Beni in the restive east of the country.

An AFP photographer saw the bodies of the victims as well as those of eight alleged guerilla fighters killed by the army after the raid on Friday at May-Moya in North Kivu province.

The killings are the latest blamed on Ugandan rebels of the Allied Democratic Forces (ADF), who are accused of murdering around 400 people in nine months of massacres in and around the major eastern trading hub of Beni.

The mainly Muslim rebels attacked the military camp with automatic weapons before being driven back after several hours of fighting, a senior army officer at the scene told AFP.

Some 20 homes nearby were also burned down during the raid, the photographer reported.

Most of the ADF&39;s victims have been hacked to death with machetes in atrocities that prompted a joint operation by the Congolese army and UN troops in December to root out the rebels, who used the then war-torn country as a base to launch an insurgency in neighbouring Uganda against President Yoweri Museveni in the mid-1990s.

The local population has accused the government of President Joseph Kabila of failing to protect them and angry street protests in Beni have often turned violent.

The region&39;s Catholic bishops have also been critical of Kinshasa, saying that "security, peace and territorial integrity do not seem to be priorities for the authorities."