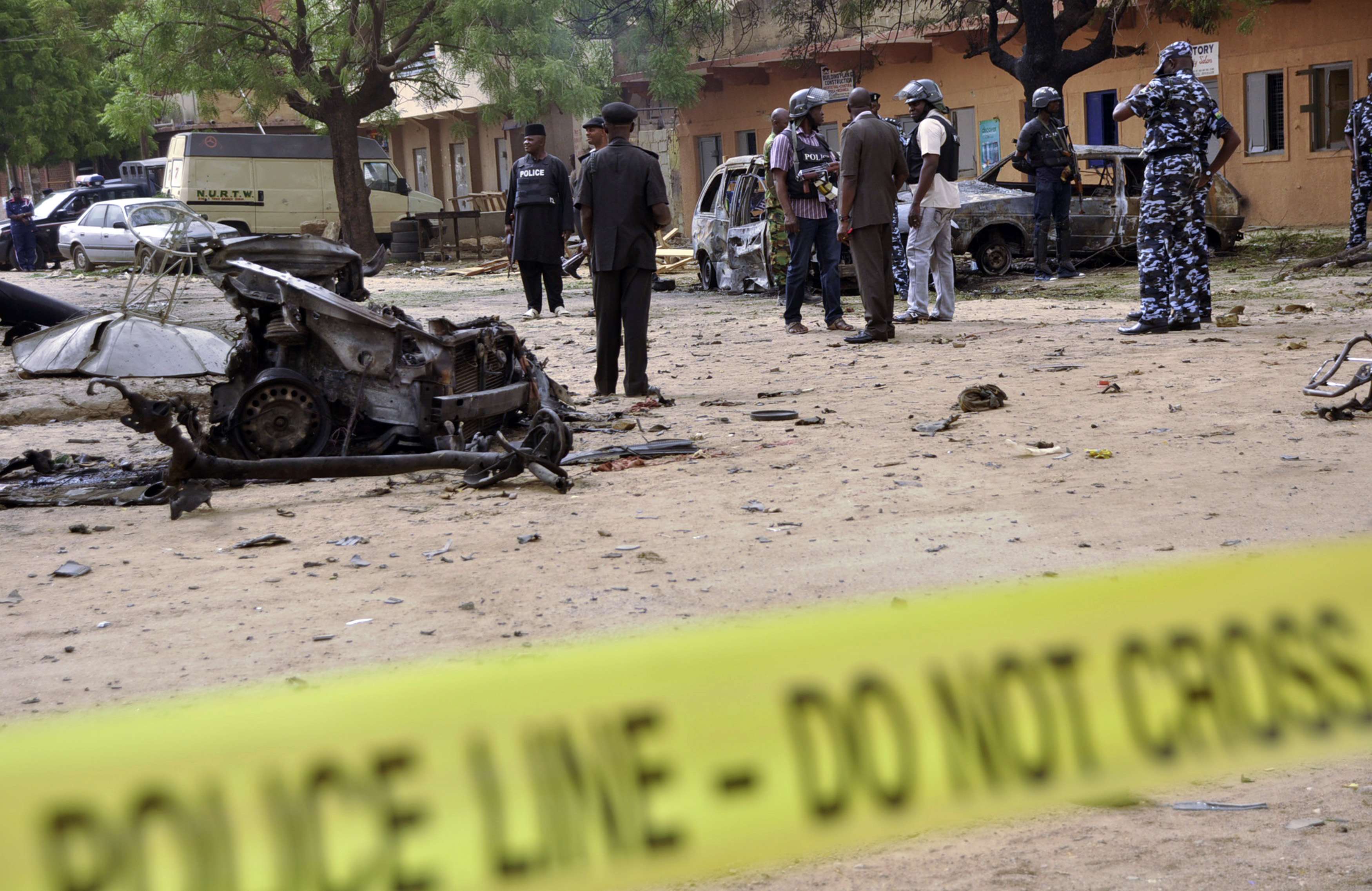 Policemen stand near damaged vehicles in Sabon Gari, Kano May 19, 2014. A suicide car bomber killed five people on a street of popular bars and restaurants in the northern Nigerian city of Kano on Sunday evening.

KANO - At least five people were killed on Monday when a suicide bomber blew himself up inside a mosque in northeastern Nigeria, a militia member assisting the military against Boko Haram jihadists said.

The leader of the Civilian Joint Task Force (CJTF) in Ajiri Yala, some 15 kilometres north of Maiduguri, said the attack happened at about 4:30 am.

"A male suicide bomber disguised as a worshipper entered the mosque while people were gathering for the morning prayers," he told AFP by telephone.

"He detonated his explosives. He killed five people and injured several others."

Boko Haram typically never claims responsibility but has used suicide bombing as a frequent tactic in its eight-year insurgency to establish a hardline Islamic state.

Mosques that do not ascribe to its extremist views are seen as legitimate targets, as are people and places seen to be supportive of the secular government.

On Sunday, a CJTF member manning a checkpoint in the Muna area of Maiduguri was killed and another injured when two women strapped with explosives blew themselves up.

A week earlier, 14 people were killed when three women detonated their explosives near the Muna Garage camp, which is home to tens of thousands of people made homeless by the violence.

The United Nations warned recently that attack against internally displaced people (IDPs) in camps across the region "continue to be a major concern".

But Boko Haram also poses a threat to the military, despite government claims the group has been weakened to the point of defeat by a sustained counter-insurgency.

Last week, at least 15 soldiers were killed in a raid on a military camp north of Damaturu, which is the capital of Yobe state bordering Borno.