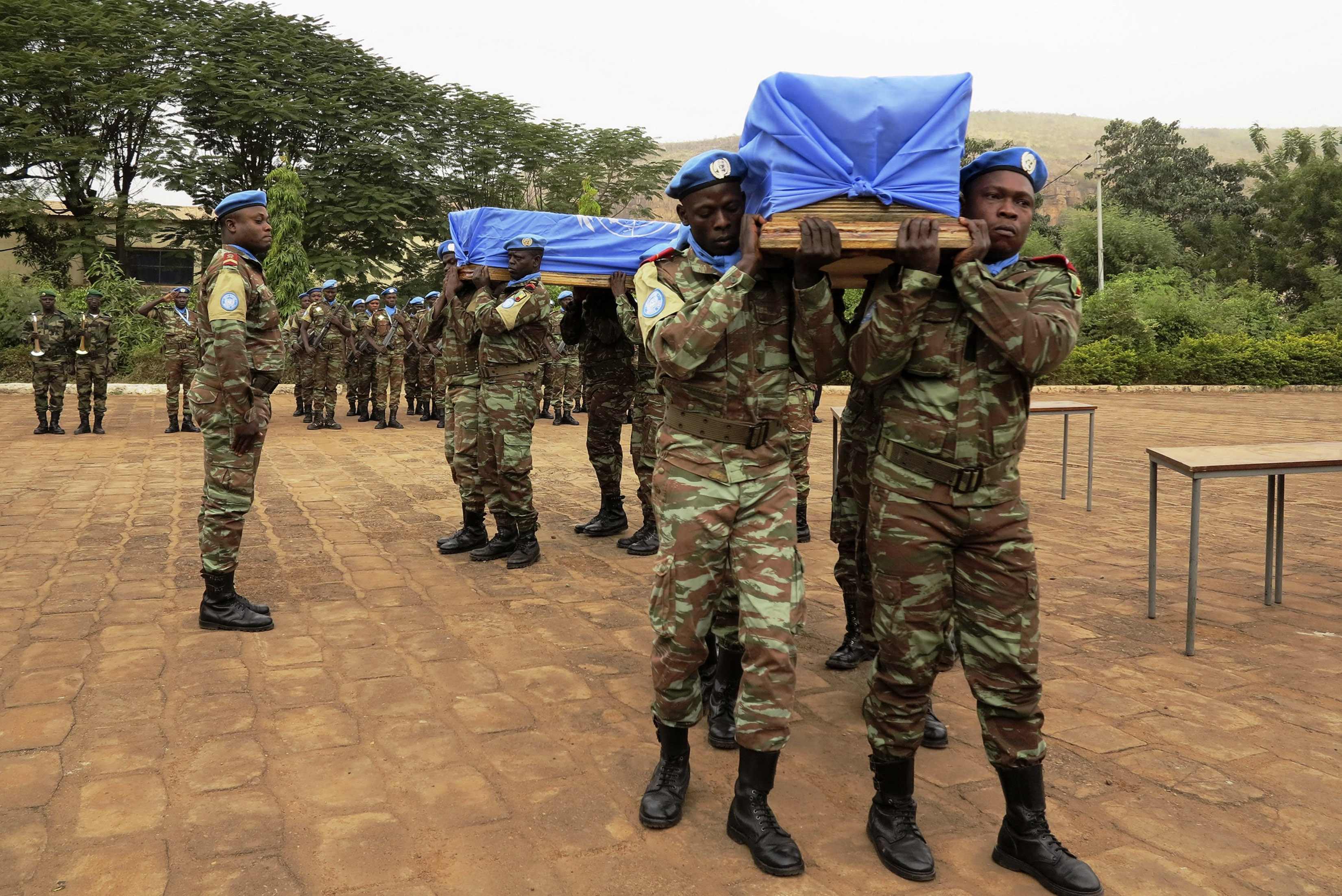 Malian and MINUSMA soldiers carry the flag-draped coffins of two U.N. soldiers killed in last Saturday's bomb attack in Kidal, during their funeral in Bamako December 18, 2013.

BAMAKO, Mali - Five Chadian peacekeepers were killed and three others wounded in a shootout during an ambush in northeastern Mali, the United Nations said Thursday.

"Five... peacekeepers were killed and three seriously wounded during an ambush," which occurred on Wednesday, according to a statement posted on the UN Mali mission&39;s social media accounts.

The attack in Aguelhok, in the Kidal region, occurred when the soldiers were escorting a convoy, according to the statement.

"Following the attack, three suspects were captured and will be transferred to the relevant authorities," said interim mission chief Koen Davidse.

He described the ambush as "despicable" and condemned it "in the strongest terms".

The UN mission, known by the acronym MINUSMA, has been particularly deadly for UN peacekeepers and seen sharp internal tensions since its launch in July 2013.

UN Secretary-General Ban Ki-moon has referred to "persistent operational difficulties" faced by the force, and called in March for the Malian government to step up security in the north of the country.

Mali&39;s vast, desolate north continues to be beset by violence, having fallen under the control of Tuareg-led rebels and jihadist groups linked to Al-Qaeda in 2012.

A landmark peace agreement was reached last year between the Mali government and the rebels, but jihadist violence remains a threat and the Malian government has been unable to maintain security with domestic forces alone.