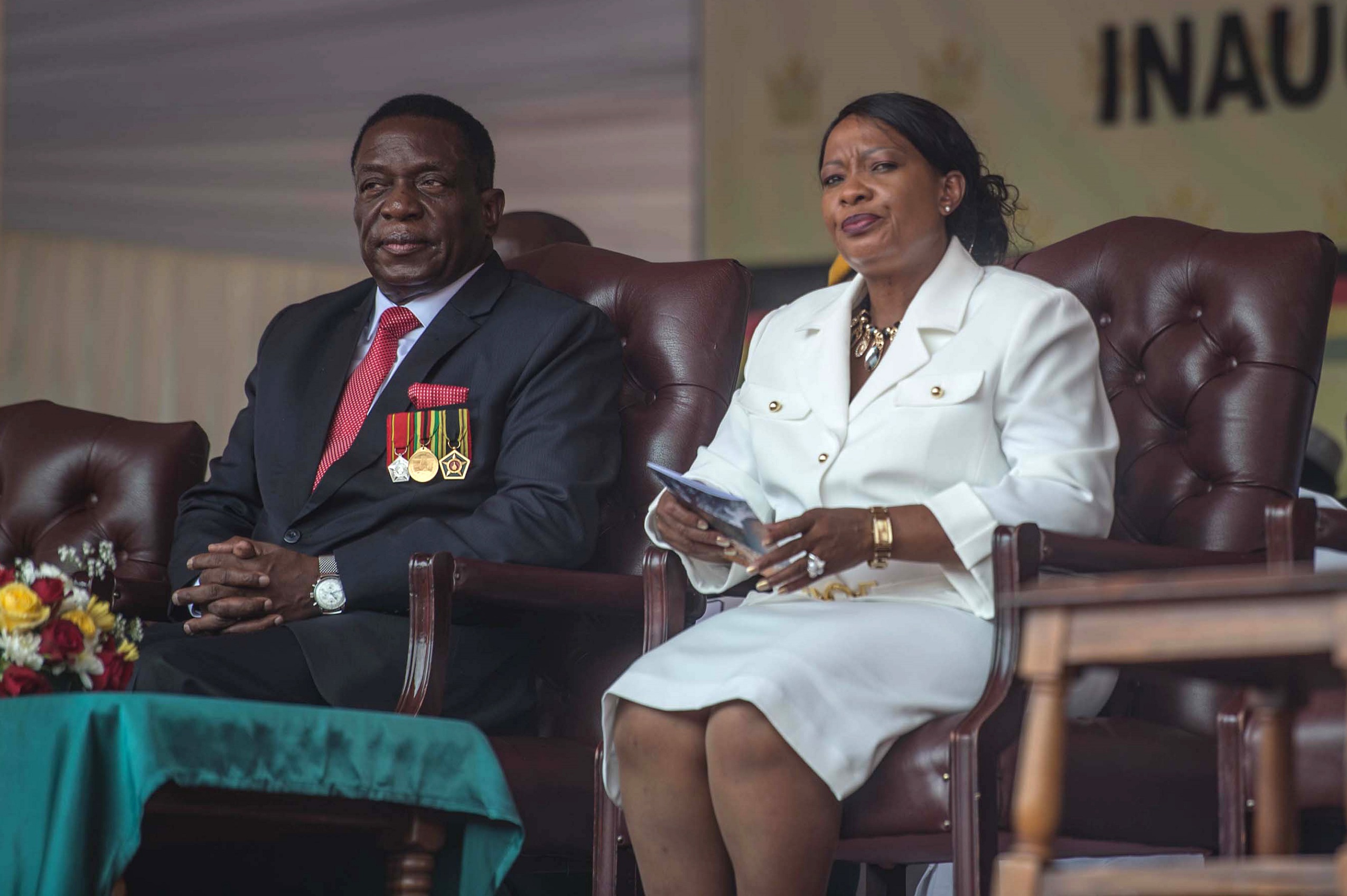 President Emmerson Mnangagwa and his wife Auxilia sit during the Inauguration ceremony at the National Sport Stadium in Harare, on November 24, 2017.

Her short temper (she was accused of assault several times), involvement in inciting violence, love for expensive clothes and jewellery, and high political ambitions meant she was reviled by many Zimbabweans.

Will she heed the call and who is she really?

Here are five things to know about Auxilia Mnangagwa:

There are conflicting reports about whether she is President Emmerson Mnangagwa’s second or third wife. During his inauguration speech, the president acknowledged their marriage of 31 years. However, reports state she only emerged as his spouse after his first wife died of cancer in 2000.

Auxilia Mnangagwa has extensive experience working for the Zimbabwean government. After finishing secretarial studies, she joined the Ministry of Manpower and Development in 1981. She joined the Prime Minister’s office in 1992 and also worked in Zanu-PF’s finance department.

The first lady worked at the Central Intelligence Organisation (CIO) between 1992 and 1997. There have been some unconfirmed reports that she was deployed by Robert Mugabe to monitor her husband’s movements.

4. She has her own political ambitions

Auxilia Mnangagwa submitted her name to represent Zanu-PF in Mazowe Central where she was born, but her submission was declined. However, she was elected an MP in 2015.

The first lady&39;s charitable work has a focus on the upliftment of women. She helped establish women’s banks in several areas of the country’s Midlands.