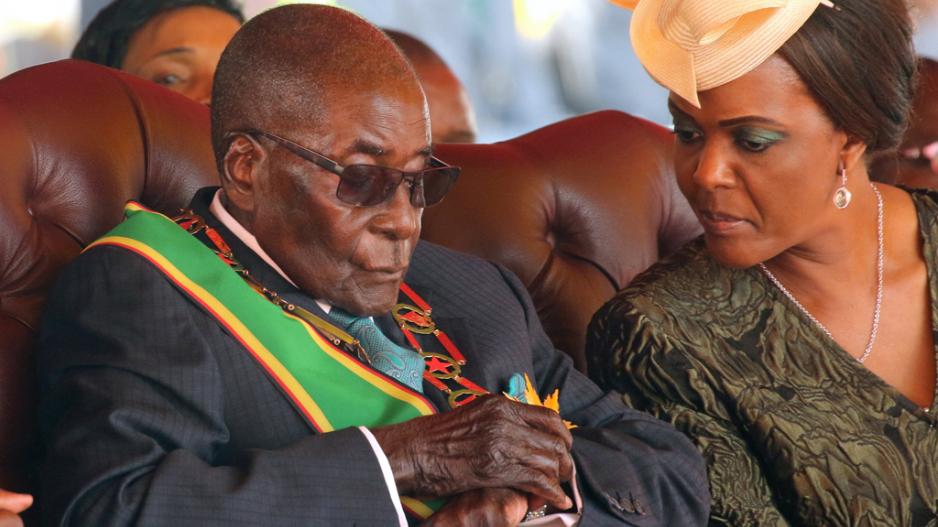 JOHANNESBURG - As outrage grows over Grace Mugabe’s evasion of assault charges in South Africa, eNCA takes a look at previous incidents during which she reportedly lashed out or provoked violence:

Zimbabwean President Robert Mugabe and his wife were at the Garden City Hospital in Johannesburg for a medical check-up. They were greeted by protesters picketing outside the clinic to show their anger that the president had destroyed the healthcare system in his own country.

Journalist Mandy Wiener recalls trying to get comment from Grace Mugabe as she left the clinic. The first lady allegedly wagged her finger at Wiener and threatened her: "I will beat you."

Grace Mugabe once told me she would 'beat me' outside the Garden City Hospital in Joburg when I approached her with a mic. Prophetic words.

A British photographer alleged that Grace Mugabe repeatedly punched him on 15 January 2009, after he tried to take pictures of her as she left a hotel in Singapore.

Richard Jones claimed the Zimbabwean first lady flew into a rage when she saw him outside the five-star Kowloon Shangri-la Hotel where she was staying. Mugabe allegedly ordered her bodyguards to attack Jones, and then joined in the assault.

He made a statement to police but Mugabe was never charged due to her diplomatic immunity.

Riot police, reportedly acting on behalf of Grace Mugabe, knocked down homes on farms she had decided to take over. Human Rights Watch said villagers who tried to stop the destruction of their homes were beaten.

Mugabe was detained briefly at a hospital in Singapore after she was involved in yet another fracas with journalists.

Her husband had flown there for medical treatment.

Upon arrival, several journalists were waiting at their hotel. The Zimbabwean first lady is said to have flown into a rage, charging at the journalists, destroying some of their equipment and throwing the cellphone of one reporter into a pond.

She was not charged due to diplomatic immunity.

Twenty-year-old Johannesburg model Gabriella Engels opened a case of assault against Grace Mugabe. She said the first lady attacked her on Sunday, August 13, after she had gone to see the Mugabe sons Robert and Chatunga at a hotel in Sandton. When Mugabe saw Engels in the company of her sons, she allegedly attacked the young woman using an extension cord. Engels suffered lacerations and bruises.

I have to more injuries at the back of my head pic.twitter.com/fz3olUz9tN

Mugabe reportedly told authorities she would hand herself over to police but instead jetted out of the country back to Harare.

Grace Mugabe is not the only one in the family who has a history of physical altercations. In July 2017, The Independent in Harare reported that Mugabe’s sons Robert and Chatunga Bellarmine were evicted from their luxury flat in Sandton, Johannesburg, after a brawl that saw a security guard’s leg and arm being broken.