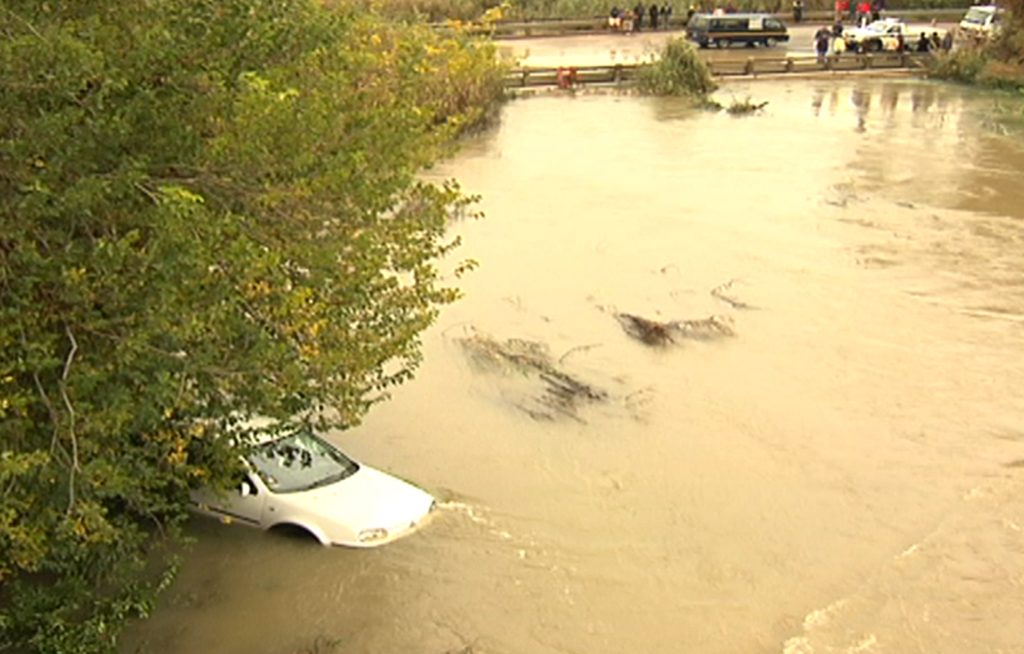 Johannesburg, 29 December 2014 - The Jukskei River floods much of the Alexandra Township after days of heavy rains.

ADDIS ABABA – Flooding in Ethiopia has killed at least 90 people, displaced more than 86,000, and affected more than 400,000 people, mostly in the eastern and southern parts of the country, according to disaster risk management commission head Mitiku Kassa.

At a press conference with United States Agency for International Development (USAID) senior official Thomas Staal, Kassa said the flooding had added to the suffering inflicted by the drought caused by the global El Nino weather pattern.

The Ethiopian government says 10.2 million people will need food aid by the end of the year because of the drought.

“Fifty-four percent of the $1.4 billion(R21.57billion) we need to deal with the drought until December 2016 has been secured,” Kassa said.

The Ethiopian government had itself provided $315 million since June 2015 to help drought victims with grain or soil conservation works.

Kassa denied speculation that people had died because of the drought. This is a sensitive topic as the 1984/5 drought-induced famine cost the lives of up to a million people, exacerbated by armed conflict at the time.

Kassa also praised the US for its emergency relief, saying it was ahead of other development partners.

Staal announced another US128 million in aid from the US on top of the US705 million it has provided since October 2014.

He said Ethiopia was a different country from the one he saw in 1990 on his first trip, with development projects now preventing the drought from becoming a catastrophe. This would be difficult to manage even for a strong, middle-income country.

But he added the need on the ground far outstripped the country’s current capacity and there was little time to deal with the food needs of drought-affected people.

Kassa said the unusually heavy rain in Addis Ababa and other parts could benefit some areas, providing water for livestock and greening of pastures to ease the drought.

However, the floods also present danger and so Kassa’s commission has formed a task force comprising of the ministries of defence, transport, urban development, and housing to work on soil rehabilitation and flood resistance, including diverting flood water away from settlements. The task force also provides flood alerts to regional states.

Staal said the impact of the rain would be felt only by September/October if grain seeds were provided now. But full recovery from the drought would take more than a year.