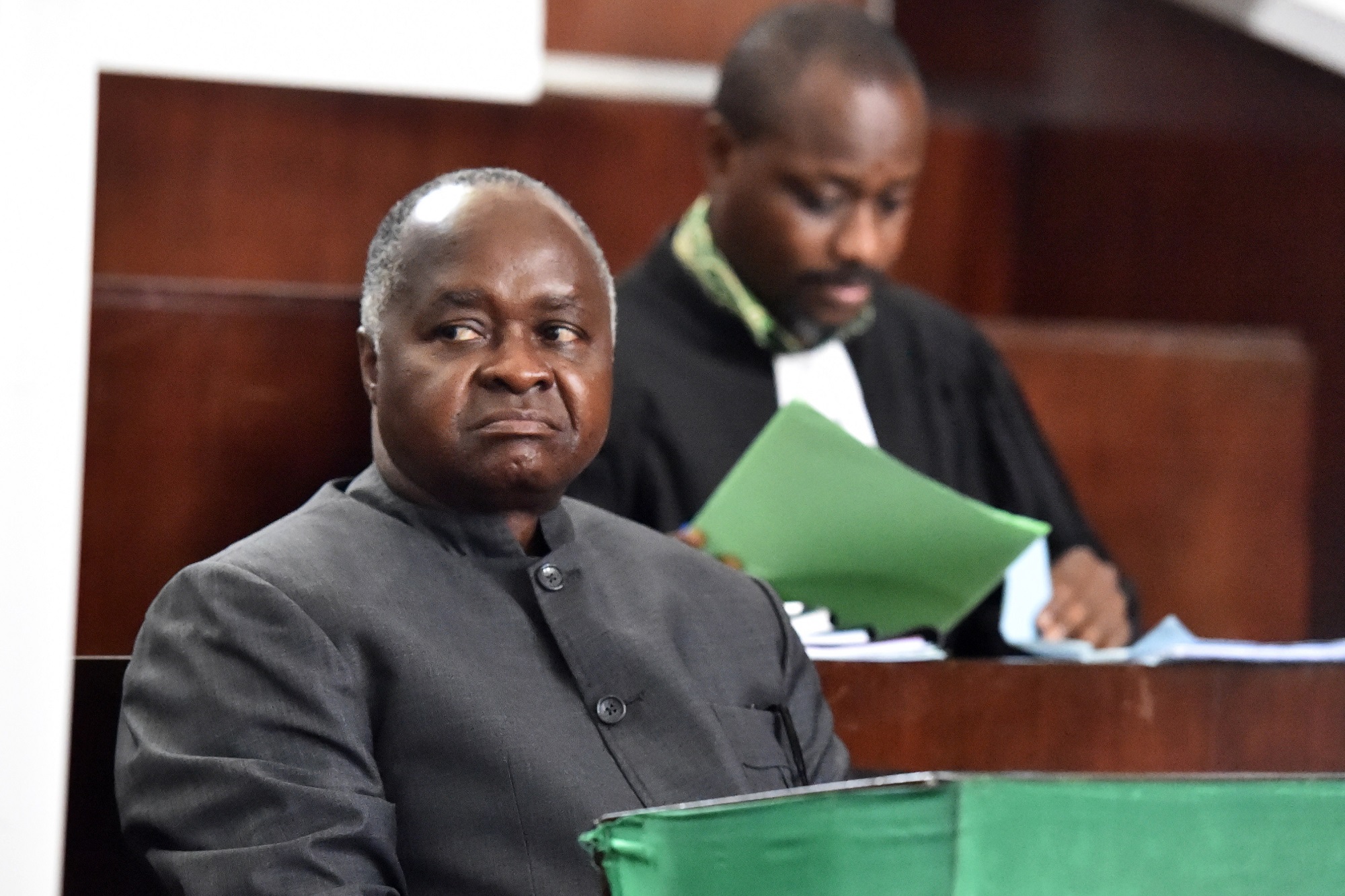 Former Minister of public function and employment, Hubert Oulaye (L) looks on during his trial at the Abidjan Tribunal on December 18, 2017 in Abidjan.

ABIDJAN, Ivory Coast - A former Ivorian minister was sentenced to 20 years in prison on Tuesday for complicity in a 2012 attack in western Ivory Coast that killed 18 people, including seven UN peacekeepers.

Hubert Oulaye (64), ex-public works minister under former president Laurent Gbagbo, "provided the financial means to establish a rebellion in the west" of the country, the attorney general said.

"The accomplice is sometimes more dangerous than the perpetrator," she added.

Former Ivory Coast minister, Hubert Oulaye, has been sentenced to 20 years in jail for complicity in a 2012 attack that killed 18 people, including seven UN peacekeepers.AMLive SABCNews pic.twitter.com/m93Iu1xYhB

Oulaye dismissed the verdict as a "political conviction" and returned home while his lawyers vowed to appeal the decision.

The attack happened as Ivory Coast was reeling from violence caused when Gbagbo refused to step down after losing presidential polls to current leader Alassane Ouattara.

Gbagbo is currently on trial at the International Criminal Court in The Hague for alleged crimes against humanity committed during the crisis, in which 3,000 people were killed.

Oulaye&39;s lawyer Rodrigue Dadje called the verdict "a political decision" and warned it would create a dangerous and vindictive precedent.

"We are going to be in an unending cycle of vengeance. We need justice that is equitable and transparent, not one that hands down 20-year sentences without any proof," he said.

Oulaye was arrested six months after his return from exile in Ghana, and several days after participating in a meeting of the "rebels" of Gbagbo&39;s party, the Ivorian Popular Front (FPI).

The "rebels" consider themselves the guardians of the Gbagbo legacy and boycott all polls.