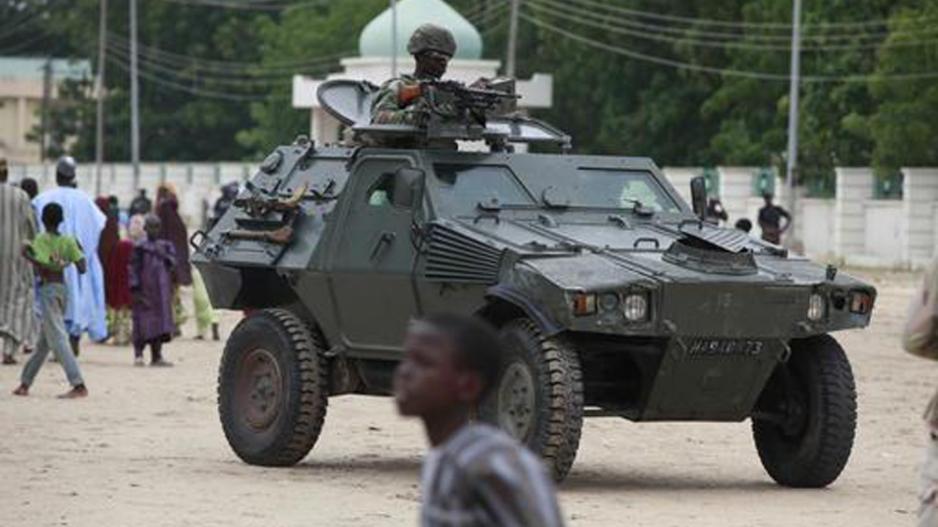 NIGERIA – At least 15 people were killed when four female suicide bombers detonated their explosives in Maiduguri, northeast Nigeria, police said on Wednesday, in the latest violence to hit the strategic city.

Borno state police commissioner Damian Chukwu told reporters the four struck in the suburb of Molai Kalemari on Tuesday night and that most of the victims were civilian militia manning security posts.

"The bombers detonated IEDs (improvised explosive devices) strapped to their bodies at different locations of the area, killing 19 people, including the bombers," he said.

Bello Danbatta, a spokesman for the Civilian Joint Task Force (JTF) militia and chief security officer at the Borno State Emergency Management Agency (SEMA), said it appeared his men were the targets.

Two of the bombers blew themselves up at checkpoints manned by militia members, who assist the military with security and sometimes accompany soldiers on operations against Boko Haram jihadists.

He added: "Civilian JTF have sacrificed their lives to protect their people and the life and property of the citizens of Borno state.

"We sacrificed our life, inshallah (God willing), we continue to fight this insurgency."

SEMA operatives in face-masks and white overalls were on Wednesday seen removing body parts from the scene of the attacks. Victims were covered with rugs awaiting burial, as local people looked on.

Suicide bombings have become a feature of Boko Haram's eight-year insurgency in northeast Nigeria, which has killed at least 20,000 people and made more than 2.6 million others homeless.

Young women and girls have frequently been used to attack security checkpoints, as well as civilian "soft targets" such as mosques, markets and bus stations.

Nine people were killed in a string of suicide bomb attacks in the city last month around the Eid al-Fitr holiday marking the end of the Muslim holy month of Ramadan.

The University of Maiduguri, which lies on the edge of the city, has become a frequent target since the start of the year, as it teaches the "western" education despised by the Islamic State group affiliate.

Nigeria's military and government maintain the group is a spent force and on the verge of defeat as a result of sustained counter-insurgency operations since early 2015.

But sporadic fighting still occurs, while mines and blasts remain a constant threat.

Boko Haram this week released a video showing executions and amputations for alleged infringements of its strict interpretation of Islam, suggesting it still holds territory in some areas.