Fourteen people have died of cholera in Nigeria 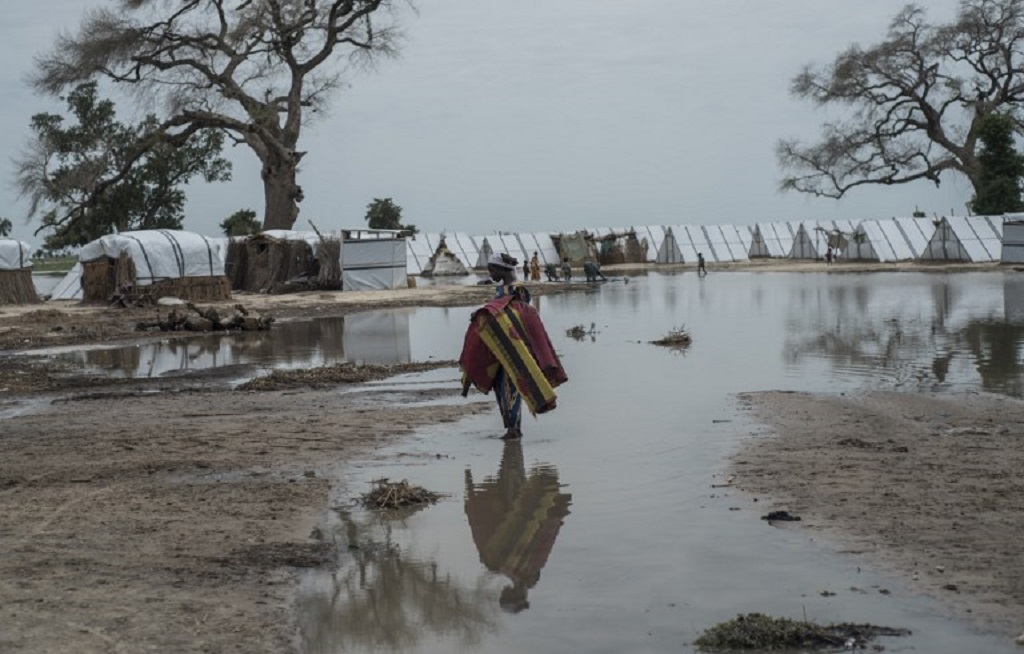 A woman stands in a pool of rain water in Rann in north-east of Nigeria close to the Cameroonian border on July 29, 2017. On January 17, 2017 the Rann Internally-Displaced Persons (IDP) camp was bombed by the Nigerian Air Force (NAF).

LAGOS – Fourteen people have died of cholera in northeast Nigeria, with most of the victims living in a camp for people displaced by Boko Haram violence, the health ministry said Saturday.

Bucket chlorination is being carrying out to contain #cholera in Muna Garage camp in NE #Nigeria @UNICEF_Nigeria @theOFDA pic.twitter.com/krAToekmee

"Up to September 1, 14 deaths have been reported," the health ministry said in a statement, adding that "the total number of suspected cholera cases stands at 186."

Most of the suspected cases and deaths are in Muna Garage, a camp for displaced people on the outskirts of Maiduguri, the capital of Borno, which is the epicenter of the jihadist Boko Haram insurgency.

The other victims come from neighbouring districts.

READ: Half a million Kenyans to be tested for cholera

Nigeria's government and NGOs are now working to improve sanitation, including better water purification and installing extra latrines, in a bid to prevent new cases, the statement said.

The city of Maiduguri has doubled in size since the start of the conflict with Boko Haram some eight years ago, rising to some two million inhabitants due to influxes of displaced people from across Borno state.

The fighting has left some 20,000 people dead and displaced some 2.6 million in the country's northeast, with many people now living in camps where they lack sufficient food and are at risk of diseases like malaria.